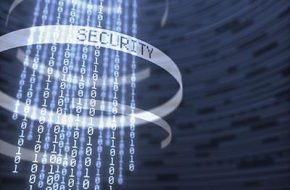 The constant evolution and introduction of new technologies such as artificial intelligence (AI) can be incredibly helpful in combating cyber attacks as well as defending against future threats. It has been predicted that every new software product would feature some form of artificial intelligence by the year 2020. The introduction of these technologies has completely changed the way that we address cyber threats from both an offensive and defensive perspective. Despite being extremely advantageous to those who work in the cyber defense industry, the introduction of AI does in fact bring some added challenges. AI can make threat detection easier and can be used to classify malicious activity, but cyber security analysts must be careful because it can also be exploited by hackers for malicious purposes.

With the introduction of artificial intelligence, it is easier than ever for security teams to detect suspicious activity before it becomes a major issue. Security teams can analyze networks and draw baselines for normal activity. When an AI system detects any unusual activity, it feeds that information back to the security team who can determine what action is best to take. In a similar manner, AI systems can quickly locate malware, spyware, and ransomware across the web. As attacks on computer networks become more frequent, artificial intelligence will remain a vital tool in cyber security for years to come.

Unfortunately, artificial intelligence does in fact come with some drawbacks. The technology can be exploited for malicious purposes by those who wish to do harm. Many in the cybersecurity profession are particularly concerned by the increasing use of AI to undermine security systems. In a process known as “poisoning the well” , malicious actors have been known to alter the data pools that cybersecurity systems use to identify malicious code. Adding a fraudulent code can undermine a system’s intended functionality. Another threat comes from nation states (such as China and Russia)  wishing to use AI as an offensive weapon. Cybersecurity professionals fear that powerful malware developed by nation states could become accessible by the general public. This would leave everyday computer users at risk.

AI has become an essential tool that provides many benefits to those work in the national defense and cyber security industries. As with any technology, however, it is not perfect and steps should be taken to protect those who use it from those with malicious intentions.