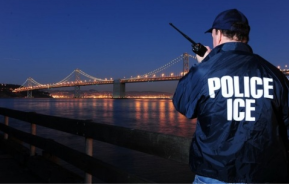 As a broad generalization, Law Enforcement organizations (LEOs) have always been great at collecting data.  From beat cops recording goings-on in their precincts to detectives gathering information from confidential informants, investigative methods have been honed through centuries of practice.  With the expansion of technology, and the rise of Big Data that has accompanied this growth, how can LEOs best utilize this new treasure trove of information? Part of the solution to making sense of a burgeoning amount of law enforcement data is adapting intelligence analysis methods used by the intel community and military organizations.

Criminal enterprises are not unlike foreign terrorist groups; rather a confluence exists between the two. A 2009 investigation by Immigration and Customs Enforcement revealed previously unseen links between the trade in counterfeit goods in the United States and Hezbollah.Analysts and agents uncovered a group of Hezbollah operatives trafficking in counterfeit Nike footwear and high-end sports jerseys, items typically not associated with a hardline Shiite militia, and using the profits to fund arms transfers to the group.  In today’s globalized society, the lines between criminality and terrorism have blurred, necessitating innovative new approaches by LEOs.

Combating these hybrid threats, and criminal networks in general, requires the application of intelligence analysis to masses of shipping records, seizure reports, money transfers, and communications data.  By treating the criminal threat as a network, LEOs can capitalize on these diverse data sets, not unlike how the intelligence and military communities are approaching the problem of finding and halting the illicit activities of insurgent networks.  By drilling down on flows of money, goods, and communications, ICE was able to establish a clear picture of the connection between Hezbollah and counterfeit goods, much like an analyst disrupting an IED cell.  The key difference between the two is the means of prosecution.

Big data in law enforcement faces unique constraints within our legal system. Despite the recent flap over the FISA court’s reach, accessing transactional and communications data requires significant effort.  Collection of data needs to be backed up by tried and true investigative techniques that establish probable cause and support subpoenas of data.  Unlike in overseas contingency operations, the collection and analysis of data can be challenged in court, leading to further challenges in analysis.

Ultimately data and intelligence analysis provide just another tool, albeit a powerful one, in combating crime.  With big data and new investigative tools comes challenges; Praescient analysts work hand in hand everyday with local, state, and federal law enforcement organizations to help advance analysis and bring clarity to the hunt for criminal networks.