4 Reflections on US Intelligence from Taylor Swift:

4 Reflections on US Intelligence from Taylor Swift: 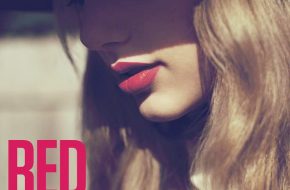 I Knew You Were Trouble:

As the song goes, “I knew you were trouble when you walked in” accurately describes the situation when a potential defector in fact “walks in” to an American Embassy or military installation overseas. Certainly, defectors represent a large quantity of America’s most important spies. Pytor Popov and Oleg Penkovsky were defectors (sometimes called volunteers)  in their own right and arguably were some of the greatest sources of intelligence on Soviet leadership plans and intentions. Spymaster Dulles himself noted that Defectors (also sometimes called walk-ins), make up the majority of American intelligence sources. Despite the potential value, walk-ins also can be a great deal of trouble. Principally, intelligence officers must be concerned about the possibility of the walk in being a double agent or a source of deception and misdirection. If this was the case, the American intelligence apparatus would be“flown to places they’ve never been” in the sense of pursuing intelligence leads that turn out to be dead ends or worse, purposely deceitful that leads American policymakers to make poor foreign policy decisions. Not to mention, potential defectors may not have any information of value at all; and merely hope to defraud the embassy into giving them cash or a visa to the US. Additionally, the conditions surrounding a defector’s walk-in may pose trouble. Ideally, the first question an intelligence officer should ask a potential defector is “can you go back?” A walk-in who can “go back” becomes a defector in place-a continuous source of intelligence over an extended period of time. This is in contrast to a defector “in-fact” whom cannot return to their previous position. Here defectors provide their information in one lump sum all at once in exchange for passage to the United States and money as well. Both of these situations are trouble in their own right. Defectors can only return if the conditions surrounding their walk-in allow it. Scooping up a briefcase full of government documents and racing to their nearest American embassy with hostile agents chasing you down does not lend itself to a defector returning to their place of employment. For defectors in fact, time is of the absolute essence. Eventually, the opposing security service will notice their man or woman is gone, and put together the dots. Therefore, American intelligence officers must act fast to debrief their volunteer and act on his or her information before the enemy can take steps to mitigate any possible value from the defector’s intelligence. If not, then both American intelligence and the defector themselves could be “lying on the cold hard ground” so to speak.

At its core, Ms. Swift’s song is about a rocky, on-again off-again relationship. Unfortunately, it’s fair to say the United States Intelligence Community has a similar relationship to policy makers. Despite significant effort the community does fail its mission, to provide strategic warning from time to time. Recently, a failure to identify the underlying conditions of, and predict the Arab Spring to policy makers constitutes an intelligence failure. Historically, the relationship between intelligence agencies and congress before the 1974 Hughes-Ryan Amendment was rocky and inconsistent at best. During this period Congress often had ad-hoc and incomplete knowledge of American intelligence activities. At times, some policymakers have even called for the dissolution of certain elements and agencies of the intelligence community. Despite this, the intelligence community persists. Even in the face of mistakes and failures, most of the time intelligence officers in the United States are a tremendous asset, rather than a liability to policy makers. Or in the words of T-Swift herself, “when we go crashing down, we come back every time, ‘Cause we never go out of style, we never go out of style.”

One of the more iconic lines from this hit song is “I’ve got a blank space…”. This is the crux of US intelligence. Men and Women in the 17 intelligence agencies work day in and day out trying to fill information gaps (blank spaces) for policymakers including congress and the president. Taylor fills the blank space with someone’s name, US intelligence fills the blank space so to speak with enemy plans and intentions, military capabilities, or other information needs as directed by the President and US congress. Continuing through the song, Taylor proclaims that she “can show [you] incredible things.” This is also reflective of the capabilities of the United States Intelligence Community. Satellite photography, human sources on the ground, tailored access operations, tapped undersea cables, and measures and signals “magic” all are incredible capabilities that can show American leaders what exactly is going on in the world.

“Oh red, Burning red.” While Swift uses the color red to describe to an unhealthy relationship, “Red” also mirrors the changing focus of the broader American intelligence Apparatus. As noted in the most recent national defense strategy and DCIA Haspel’s remarks, American intelligence is changing its myopic focus on terrorism of the past two decades toward “nation-state adversaries,” presumably countries like China and Russia. Funny enough both the old Soviet Union (which culturally and administratively lives on via the rule of Putin) and modern China are associated with the color red because of their communist ideology. As American intelligence reorients itself to the strategic threats of the 21st century, “Red” is a simple-but not inaccurate, adjective to describe America’s principle intelligence targets.