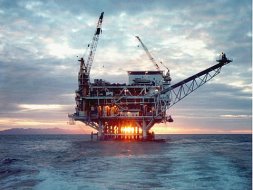 As the U.S. Senate gears up for another political battle over the U.N. Convention on the Law of the Sea, American businesses have already become anxious about the potential resource bonanza that may await them in the Extended Continental Shelf. Under customary international law, as reflected in the Law of the Sea Convention, every coastal country automatically has a continental shelf out to 200 nautical miles (nm) from its coastline (or to a maritime boundary with another country). In some cases, a country can have a continental shelf beyond 200 nm, which has come to be called “extended continental shelf” (ECS). In this maritime zone, the country may exercise sovereign rights over the natural resources on the seabed, such as deep-water corals or mineral crusts and nodules, and beneath the seabed, such as oil and gas.

According to the U.S. Geological Survey, defining the extended continental shelf is likely to be the most important land expansion of the United States in the 21st century, with the potential to add at least one million square kilometers of seafloor for U.S. sovereign rights, worth potentially $1.2 trillion dollars. New technological advances by oil and gas companies have made these areas, once thought to be out reach of drilling rigs, accessible for exploration and potential exploitation. Jack Gerard, President and CEO of the American Petroleum Institute stated in testimony before the Senate: “New technologies are allowing oil explorers to extend their search for new resources of oil and gas out to and beyond 200 [nautical] miles for the first time, providing the potential for the largest discoveries in a generation to be made in field sizes not even imagined before”.

Just as technological advances in drilling have made these resources exploitable in the near future, advances in analytical methodology can help companies and government agencies visualize new opportunities in these spaces and help anticipate potential challenges and disputes that can be overcome before they threaten national and business interests.  At Praescient, we are ahead of the analytic curve, looking to contribute our unique brand of insight to under-served spaces, such as extended continental shelf exploration and deep sea issues. Using advanced analytic methods, we can help companies visualize potential oil and gas fields, catalog and analyze properties of drilling rigs and transport lanes necessary for resource exploitation, and find oil extraction projects with similar characteristics to those that will be attempted in the ECS.  As advances in drilling technology pushes oil and gas companies farther out to sea, they must be matched by advances in analytic technology and methodology in order to fully and efficiently exploit the resources that may come under American control in the near future.