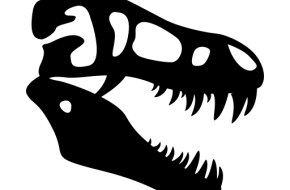 I recently attended the Multi-Intelligence Exploitation Symposium, hosted in Alexandria by the Defense Strategies Institute (DSI). The symposium provided a forum for leaders from government and industry to discuss the key challenges they face in implementing enterprise wide intelligence systems that unify multiple forms of intelligence information i.e. HUMINT, SIGINT, OSINT, etc.

One speaker, who leads a large organization within the intelligence community (IC), used his presentation to argue that hiring tech-savvy analysts is not desirable. In his view, the tradecraft of intelligence analysis is not fundamentally changing. The same intellectual curiosity and argumentation skills that have historically produced superior analysts are still at the top of the hiring priorities list. We need not complicate the analyst’s life by introducing technical requirements. Analysts should produce written intelligence end products, engineers should code and maintain systems, and data scientists should handle and transform data.

I was incredibly surprised to hear this opinion from such a senior IC leader, especially since the technical transformation of the intelligence profession is not brand new, but I would argue has been rapidly evolving since September 11. Although in a perfect world it may be desirable to isolate analysts from all other aspects of the intelligence lifecycle, allowing them to focus solely on critical thinking and written products, thus preserving the tradecraft of analysis in the classical sense, practically this is impossible. Seeking to implement such a system is part of the reason why large components of the IC are at risk of becoming irrelevant.

The business of intelligence in today’s world is messier than ever from a technical perspective. Even with all the sophistication of IC systems, analysts rarely receive timely information in the exact format they expect. As a simple example, if an analyst is used to receiving CSV files with phone numbers in a standard 10-digit format with no country codes or hyphens, inevitably the analyst will receive some CSVs with poorly cleaned or non-standardized information. No amount of project management or proactive workflow development can prevent this from occurring because intelligence data, especially that of multi-intelligence fusion centers, is enormously difficult to standardize across the various sources and systems that feed information into the organizations and teams.

When presented with unfamiliar data, systems, and formats, the non-technical analyst, allegedly at the top of the hiring pool, is inert. The analyst may be able to offload the problem to a technician, when one is available, or attempt to solve the problem, but these are both time-intensive endeavors that directly contradict the very baseline of our analytic tradecraft – that being timely, relevant information enabling leaders to make informed decisions. Ultimately, the non-technical analyst will spend a greater proportion of his/her day dealing with technical challenges. The speaker’s intent behind hiring the non-technical analyst was to maximize efficiency, enabling analysts to write and engineers to code. However the result of implementing such an arrangement would be exactly the opposite, with non-technical analysts constantly plagued by data problems they aren’t equipped to solve. This also takes engineers away from their core coding responsibilities to help analysts conduct basic technical tasks such as running queries, performing simple data cleaning, etc…

Praescient believes the skillset required to be an effective IC analyst is changing. Analysts that can write a simple Python script to transform phone number formats in a CSV are now more valuable than those who cannot. The effective analyst of today, in addition to excellent written skills, must be able to constantly adapt to the complex data challenges inherent in today’s information environment. Praescient is on the front lines of fielding these next generation analysts, having embedded our tech-savvy personnel in multi-INT IC environment for the past six years. We’ve also trained thousands of government analysts in advanced technology platforms, so we know the difference technology literacy can make in an organization. What the DSI speaker said is true: analysis has not changed fundamentally. But today – in a world where analysis lives in the digital space – one can be a master analyst and still be completely ineffectual without understanding how to process the data that feeds written analysis products.