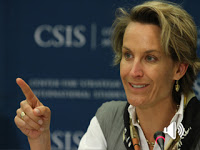 Last week I attended a CSIS event highlighting the completion of their report, “Trends in Militancy across South Asia,” which highlighted roughly sixteen months of research and field visits to a region that is consistently – but perhaps more now than ever – on the brink.  Although the authors and other invited speakers had many interesting points to make, three in particular highlighted coming challenges for the United States in combating South Asian militants.  As the United States and ISAF partners prepare to draw down even more forces from Afghanistan, it will be critically important to take these trends into consideration when crafting the next portion of American policy for the region.

A renewed focus on localized ideologies

A strong conclusion of the CSIS report is that many South Asia militants – particularly those in Afghanistan and Pakistan – are returning their focus to local governments and domestic enemies.  That doesn’t mean that attacks are down; in fact, the Afghanistan NGO Safety Office, a well-respected group, concludes that at least in Afghanistan, attacks are up about 47% this year than over the same period in 2012. However, as these regionally based groups continue to battle it out between each other and local governments, they may not be showing up on our radar.  Since the United States may not be the immediate target of their actions, maintaining current intelligence on their activities may also be slipping as a priority.

Those remaining are the survivors

Although not explicitly stated in the report, multiple panelists mentioned that those who have survived the brunt of American and allied force over the past decade represent the “best and the brightest” of the region’s militants.  The low hanging fruit has already been picked – and now South Asia is full of hardened veterans with plenty of applicable combat experience.  As governments continue to search for these individuals, we should expect them to be harder to find, more ruthless, and difficult to fight effectively.   Additionally, as militant hierarchical structures have continued to be the target-du-jour, the resulting flatter organizations have created what the CSIS report terms, a “network of networks” – which presents an increasingly complex intelligence challenge to untangle, and a more durable enemy.

The sanctuaries aren’t going away

By this point, militant sanctuaries have been identified and well-established in multiple countries across the region.  Whether these sanctuaries exist because of weak central governments’ inability to police their borders or territory, or the presence of an ungoverned area is irrelevant.  The bottom line is that they exist – and provide militants with the physical and political space necessary for these groups to thrive.

At the Critical Threats Project, Praescient is using open-source data and Palantir software to analyze and dissect these same trends from the ground-level and up to gain a deeper and understanding of how these militant organizations are operating in this important theater.  As this research continues, we hope to continue to contribute to the discussion how the United States might best address this unsettling trend in South Asia.

Post By: Brett McCrae, An Analyst Consultant with the Initiatives Team at Praescient and a Technology Fellow at the American Enterprise Institute.