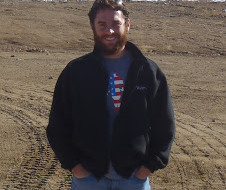 The following post is written by Jeremy Valtin, an embedded analyst for Praescient who recently returned from Afghanistan.

With pending troop drawdowns, base closures, and the transferal of operational responsibility to Afghan forces, the job of intelligence analysis have become increasingly complex.  Analysts face a wide array of challenges, ranging from dwindling infrastructure, access to data, and understanding global politics and their effects on local events.

I witnessed these issues first hand, having recently returned from Afghanistan as an embedded analyst for Praescient Analytics. While in Afghanistan, I was responsible for integrating into units operating in RC-East, and helping to define the scope of their intelligence processes.  Being a deployed member of Praescient Analytics extends beyond data analysis.  Embedded analysts are challenged to understand complex environments and problem sets, and to provide the units they support with sound analytical solutions.  On any given day, you might help a Soldier understand the effects of a State Department memo on local politics, or sit in a base closure meeting to offer insight for the most effective way to retrograde while maintaining combat effectiveness.

One of the major problem sets I worked on was defeating an indirect fire threat while limiting combat patrols in order to provide support for retrograde operations. Working directly with the unit, I was able to provide a broader perspective to analyzing the threat.  By combining a variety of analytical platforms, the unit was able to discover a pattern that was previously hidden.  This pattern allowed the unit to focus its efforts on defeating the indirect fire threat while maintaining retrograde operations.  Additionally, I supported Civil Affairs units and Provincial Reconstruction Teams with developing local political figures and identifying which individuals were most likely nonlethal targets they could influence.

Scenarios such as these are common for all Praescient Analytics embedded analysts.  Being deployed as an embedded analyst was one of the most rewarding experiences of my life.  Providing analysts with greater depth and understanding of intelligence is the goal of Praescient Analytics, and undoubtedly our deployed analysts are having resounding impacts on the intelligence processes of the units they support.