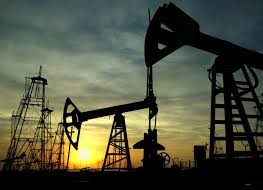 Projections for global energy demand show massive growth over the next thirty-plus years. The US Energy Information Administration’s International Energy Outlook (2011), for example, suggests that global consumption will grow by 53% from 2008 to 2035. A number of factors drive demand, particularly economic and technological development, and demographics. Energy demand fluctuates with the state of the economy, whether on a national, regional, or global level. Technological development has repeatedly made more energy available, often at lower production costs. Growing populations, meanwhile, demand more energy.

Explosive growth in economic strength, population, and technological prowess over the past few decades, has lead to substantially more energy demand. While maintaining production levels for current demand has been achievable, the costs are a significant strain on economies and budgets. Meeting future demand growth will be very difficult given: (1) the geopolitically difficult locations of new energy finds, which often straddle borders; (2) the costs of extraction, production, and distribution from new energy sources and types; (3) the bizarre disconnect between oil production and distribution costs and retail oil prices that drives volatility (the “oil vega”);  and (4) adaptation of current infrastructure to new types of energy.

Meeting energy demand will be complicated further by shifting global economic power and population sizes. In 2011, the OECD countries combined for more than 60% of world GDP. By 2060, however, that percentage will shrink to around 35%. Developing nations like China and India, conversely, will see their shares jump by around 12% each while the non-OECD bloc in aggregate will climb from around 35% to nearly 60%. Over the same period, demographics will change significantly as well, with the OECD countries varying from negative to slightly positive growth and non-OECD countries mostly growing by leaps and bounds. Nigeria, for example, was not among the world’s 10 most populous countries in 2010, but by 2100 will be the fourth most populous, with roughly 250 million more people than the United States, which is projected to fall to number five. US Soldiers stand near a burning oil well in the Rumaylah Oil Fields in Southern Iraq.

Further complicating these challenges are the dramatic shifts in the Middle East, the world’s most important region for the world’s most important energy source, petroleum. For the region’s energy producing states, petroleum provides more than half of government revenue, a vital source of income for nations whose populations depend on their governments for much of their daily needs. For the region’s energy importers who also employ rentier systems to support their populations, the rising cost and demand of energy is weakening the state system. Regional instability has contributed to energy price volatility, significantly damaging the global economy. During the international intervention in Libya, for example, oil prices rose more than $20 per barrel when Libya’s 1.789 million barrels per day – the 17th largest daily production in the world – went offline. If the destructive dynamics undermining regional stability and prosperity continue, so too will the negative effects of unstable prices.

It will be vital for countries to understand how these dynamics interact with energy, and to comprehend the repercussions of falling behind as competition for resources and access to markets increases. The energy sector is data-rich, with massive amounts of information available to the public from both the public and private sectors. It is therefore a prime issue for big data analysis, which can provide crucial insight into a sector that has proven nearly impossible to effectively model or predict with yesterday’s techniques.

Post by: Aaron Menenberg, a member of the Praescient Initiatives team and a Technology Fellow at the Institute for the Study of War