How the Government Can Benefit from Social Media

How the Government Can Benefit from Social Media 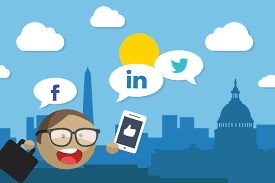 Social media has provided government agencies on state, federal, and private levels a platform for outreach. Today, social media is the preferred form to reach and engage with a large number of individuals, businesses, and potential clients.

By using social media outlets government agencies are able to communicate with a vast amount of people during a crisis. For example, local law enforcement agencies use social media platforms such as Instagram, Twitter, and Facebook to build relationships with the community, provide the community an outlet to share tips and ask questions and spread knowledge quickly in order to keep the community safe. Emergency alerts and serious weather conditions may happen quickly and unexpected. Social media can be used as an outlet to relay information in a short amount of time. On social media platforms such as Twitter and Instagram a user is able to enable post and push notifications in order to be notified every time a specific account makes a post. By enabling notifications through these specific sites, an agency is able to gain high engagement with users. A study conducted by the Pew Research Center found the following among social media usage:

Checking social media has been integrated into users daily routine. In January 2018, the Pew Research Center also found majority of users use Facebook as their main social media platform with Twitter and Instagram as a second platform.

Not only are government agencies taking advantage of social media to engage with a large amount of people, but so are government officials. Alexandria Ocasio-Cortez, U.S. Representative for New York’s 14th congressional district, has taken over Instagram stories and shown her duties as a member of Congress. Alexandria Ocasio-Cortez is transparent on her Instagram stories while also quickly informing her followers of political issues.

Many have the perception that social media can be distracting and not useful. Social media is now being utilized by many in order to reach and engage with large audience to spread useful information in a short amount of time. As technology and social media evolves we must evolve with it as well and learn how to benefit from it.