Intelligence and an Army in Transition

Intelligence and an Army in Transition 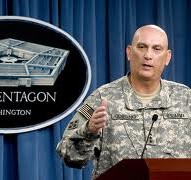 Last week, General Ray Odierno, the Army’s most senior leader, spoke about the “Army of the Future” at an event at the Brookings Institution .  This was another in a series of speeches and papers he has put forward over the last year to outline his vision for how the Army needs to adapt and prepare for the myriad threats and challenges in the coming decades.  With combat operations in Iraq over and operations beginning to wind down in Afghanistan, the Army has struggled to understand its place and its priorities, especially in light of the dramatic budgetary pressures being exerted across the entire Department of Defense.

Odierno’s speech and his recent piece in Foreign Affairs magazine was another attempt to better define the Army’s future role, but unfortunately it missed the mark. Odierno essentially argued that the Army must be able to fight anyone, anywhere, anytime – explaining that, “our first priority remains being ready to deploy rapidly and defeat any adversary on land in any corner of the globe.”  While this idea may sound good on paper, and would be excellent in an ideal world with no resource constraints, Odierno fails to recognize that this is far from the dynamic in which we are operating.  Instead, the Army of today faces a complex, uncertain range of threats that is extremely difficult to prioritize (which Odierno articulated quite well in the first half of his FP article) and, crucially, has fewer resources with which to do so.

Given these dual challenges, the Army must stop arguing for more of the same (i.e. near limitless funding with few questions asked), and face up to the fact that crafting strategy involves making tough choices about allocating resources based on estimated threats and priorities.  As the noted Harvard Business School professor Michael Porter explained, “The essence of strategy is choosing what not to do.”

Where Odierno’s piece really fell short, then, is in articulating a way to choose what not to do and lessen the “uncertainty about where, when, and against whom [the Army] may be deployed”.  While he made some excellent recommendations along the lines of training, force generation, leader development, and technological innovation, Odierno failed to specifically call out the importance of a robust intelligence enterprise as a top priority for the Army.  As several other senior leaders have noted, when operating in a complex and dynamic strategic environment, intelligence becomes critically important.  Most recently, General Mike Flynn (now the Director of the Defense Intelligence Agency) articulated the importance of an effective intelligence enterprise in his piece “Fixing Intel” (pdf), released by the Center for a New American Security in early 2010.

Written based on his observations as the senior intelligence officer in Afghanistan from 2009-2010, Flynn’s paper correctly diagnosed several of the major issues with Army intelligence efforts up to that point, especially their overwhelming focus on insurgent forces rather than the more nuanced political and social dynamics at play, and recommended several immediate fixes.  As Odierno and his team think through the priorities for the “Army of the Future,” intelligence must be at the top of the list. In order to understand, anticipate, and potentially respond to a diverse array of global threats, the Army should invest in developing an effective intelligence enterprise.

Done effectively, this capability would accomplish two main priorities: 1) global situational awareness based on well-crafted indicators and warnings (and leveraging new methodologies and data sources to collect and analyze increasing volumes of data); and 2) detailed, granular understanding of the complex social, political, and economic dynamics at play in “high threat” areas of potential conflict (such as the Middle East, South Asia, Northern Africa, and East Asia).

An investment in an effective intelligence enterprise should be a top priority for the Army.  While there is no doubt that the global system is becoming ever more complex and dangerous, there is also no doubt that the Army cannot be everywhere and do everything.  A robust and well-tuned intelligence system would enable the Army to anticipate and predict threats at a relatively low cost, and also inform any military operations that might be required in the future, allowing for the Army to optimize its use of force when it must intervene.