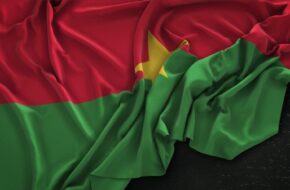 Intelligence Cell Research Analysts at Praescient Analytics learn the ins-and-outs of high-stake, mission critical intelligence analysis. This means participating in simulations, conducting multiple types of analysis, and producing impactful deliverables. This past Fall cohort took the challenge head-on, collaborating daily to meet deadlines and iterate their research. This kicked off with a deep-dive into an IPB.

What is an Intelligence Preparation of the Battlefield (IPB)?

Becoming a Research Analyst in the Intelligence Cell on Team Kopana comes with many rewarding responsibilities. As the Intelligence Cell currently operates, one of the major responsibilities of its team members is to create an Intelligence Preparation of the Battlefield (IPB). An IPB is a guide for a commander or decision maker on everything they will need in order to operate within a given environment, such as a specific country, a city/town/village within that country or perhaps a domestic territory. The deliverable should provide the most relevant information the intended audience needs to know in order to maximize the best outcomes. In short, the IPB process encompasses 4 major steps: defining the battlefield environment, describing the battlefield’s effects, evaluating the threat, and determining threat COAs. These phases walk through 3 levels: strategic, operational, and tactical.

The strategic overview is the high-level information of the country or region, such as relevant history, political climate, US interests, socio-cultural dynamics, predominant religions, economic and military statistics, regional maps that lay out the terrain of the area, and any other important context. For this level to be successful, only succinct, relevant context should be included in the brief as decision-makers might be operating in a limited time frame. The operational overview goes one step further, by narrowing into a specific area of operation (AO) or area of interest (AOI) based on trends uncovered in the strategic level. This level might entail using geospatial intelligence platforms, such as Esri’s ArcGIS Online to create maps showing significant infrastructure in the area that may create challenges to and/or aid in achieving the commander’s end goal. Lastly, and the most narrowed section of the IPB is the tactical level, which focuses on any persons of interest (POI) and area of operations and how they relate to the problem at hand. This could be powerful/famous people in the region, doctors, humanitarian aid groups, protest leaders, and more. The most important element of the tactical level is arguably the courses of action, the most likely and the most dangerous, which outline the threat in the short-term and the long-term.

By the end of this project, analysts become experts on a country or region that they may have never even encountered before. The IPB is a huge commitment, however, briefing the end result is always rewarding and the knowledge and skills you learn along the way are unimaginable.

This internship round, in order to choose a region for the IPB, the Intelligence Cell Unit independently researched countries exhibiting deteriorating situations and presented them to the executive leadership facilitating an open discussion about the direction of the project. During brainstorming, there were five guiding questions interns set out to answer to help with the decision-making process: why does the US care, what is the historical significance of conflict in the region, what is the most recent development in the region, what is the economic impact, and what is the national security risk? Ultimately, the country of Burkina Faso was chosen in West Africa. Analysts decided on this focus due to notable worsening conflict as well as they viewed it as an opportunity to analyze an area they had never concentrated on in previous research.

Key findings from the IPB

Burkina Faso was and still is exhibiting a rise in jihadist attacks, following a coup d’état in Mali. At the strategic level, the unit focused on jihadist migration and the spill-over from Mali and Niger, including investigation into specific jihadist groups and greater affiliations. Interns highlighted Burkina Faso’s response or rather struggle to respond with combating the insecurity in the Northern region. The North of Burkina Faso falls in the Sahel region, which is characterized by hot and arid weather year-round. Vulnerabilities of the country were extensively researched including physical, economic, socio-cultural, and current issues with the government; uncovering these vulnerabilities presented the unit with striking trends. The Northern region was disproportionately impacted by all of the above vulnerabilities compared to other regions of the country.

In order to emphasize the direct impact to the United States besides jihadist expansion at large, the unit addressed China’s influence in the region via the Belts and Roads Initiative (BRI). The BRI is China’s global infrastructure development strategy and currently 40/54 African countries have signed on; however, Burkina Faso is not a part of the BRI. Analysts investigated the impacts of the BRI in other countries and the impacts of the initiative on US interests. In order to draw parallels to Burkina Faso’s conflict and illustrate the connection to jihadist activity, the unit chose 5 countries in Africa that are currently apart of the initiative and compared the state of the country the year leading up to them joining. 4 different indicators were assessed to explore the likelihood of Burkina Faso joining given the country’s current posturing. The unit leveraged Armed Conflict Location and Event Data (ACLED) within i2 Analyst’s Notebook as well as utilized the capabilities of Esri’s ArcGIS for geospatial mapping to detect trends in attacks, riots, protests, and the location of government and public services.

The unit highlighted data gaps as well as legal constraints like the Leahy Law restricting potential responses to the increasing conflict. Humanitarian aid efforts were explored as well given the current situation with the most likely suggested as Burkina Faso joining the BRI and the most dangerous potentially being a coup d’état.

Following the completion of three iterations of the IPB project briefing, analysts transitioned into daily updates carrying what they learned from the IPB into Publicly Available Information (PAI) weekly presentations. The overall goal of PAI presentations is to present decision makers with timely and actionable information so they can make informed decisions regarding policy, posturing, or specific tactical resource delegation after an initial IPB brief. The biggest delineation between the IPB and the PAI is that OSINT is used for daily updates on the area of interest during a PAI, whereas the IPB uses OSINT to analyze the threat and environment in the area of interest. The background knowledge from the IPB regarding ethnic tensions, historic government background, and the capabilities of the military help guide OSINT collection for the PAI. To prepare for the PAI, the Intelligence Cell unit attended a workshop emphasizing source characterization to help guide collection. It was critical to be aware of the many types of sources and the potential biases that followed. For example, careful consideration of slants of foreign national press was necessary. Analysts were able to begin to use the harvesting capabilities of Sintelix and improved social media analysis skills by utilizing hashtag analytics on platforms like Twitter and Facebook.

Additionally, throughout the entirety of both projects, IPB and PAI, analysts worked with ACLED data in i2’s Analyst’s Notebook to produce insights about the time of events, attacks, riots and protests, and interconnected actors. i2’s Analyst’s Notebook has a connector to Esri ArcGIS that analysts also used to display events geospatially, leading to further insights about the tri-border of Burkina Faso, Mali, and Niger.

During the PAI phase of the internship, several important updates to Burkina Faso were found after further analysis. The primary events observed within the first week of daily tracking were continued jihadist attacks, civilians protesting for the resignation of Burkina Faso’s President, and blockades of a French convoy in Burkina Faso and Niger while traveling from the Ivory Coast to their military base in Gao, Mali. Through open source data, analysts compiled article content to create their own tracking system of the weekly events in order to map them using ArcGIS Online and conduct link analysis on i2’s Analyst’s Notebook. Interns also used social media feeds to analyze and thus understand the sentiment surrounding these events from people who were on the ground in Burkina Faso. During the second week of PAI event tracking, interns watched as the Foreign Ministers of China and Burkina Faso met at the Eighth Ministerial Conference of the Forum on China-Africa Cooperation (FOCAC) and jihadists groups continued to target and terrorize civilians and service members. An interesting change in jihadist attacks occurred during the second week; there were two jihadist attacks on the southeast border of Burkina Faso and Benin, which were the first jihadist attacks since 2019 in the area. Similar analysis was used to discover trends in data/events.

After the end of PAI briefings, analysts continued to follow news and social media feeds about the conflicts within the region. Shockingly, the day after the last PAI briefing, analysts discovered that after months of protests calling for the resignation of government officials, the prime minister of Burkina Faso resigned and a new one was appointed by the president.

The IPB and PAI projects assigned to Intelligence Cell Unit have rewards that expand well past the final presentation and briefing. First, as mentioned previously, interns have the opportunity to become experts on a country that they may have never heard of or have had the opportunity to allocate such a significant amount of time to studying. Another benefit of the IPB/PAI projects is that interns get first-hand experience utilizing these various tools, i2’s Analyst’s Notebook, Esri’s ArcGIS, and Sintelix. The analysts shared how powerful it was to see some of their predictions demonstrated in week to week trends. Further, the improvements in briefing skills were another considerable takeaway as interns learned how to summarize their findings, how to convey their workflow effectively through their own visual aids, and how to anticipate questions. These skills are widely transferable in the future and two analysts within the Intelligence Cell will directly continue to capitalize on these skills in their next project at Praescient Analytics, a Crime Capstone.