Iran’s Quds Force: An Attempt to Launch an Attack on U.S. Soil

Iran’s Quds Force: An Attempt to Launch an Attack on U.S. Soil 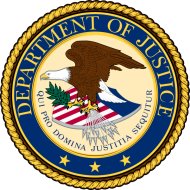 On October 11, 2011, the United States Department of Justice revealed that they had foiled a plot to assassinate the Ambassador of Saudi Arabia to the United States. The plot was planned and financed by officials of the Iranian Regime’s Quds Force, a wing of Iran’s Revolutionary Guard Corps (IRGC). While Quds Force-sponsored militants have attacked United States personnel in Iraq for years, the recent plot to kill the Saudi Ambassador to the United States is the first known attempt to launch an attack on U.S. soil. The plot marked the launch of an Iranian campaign of attacks in North and South America, reportedly including follow-on attacks against Saudi and Israeli embassies.