LAPD’s Answer to Rising Crime Trends Across the Nation

LAPD’s Answer to Rising Crime Trends Across the Nation 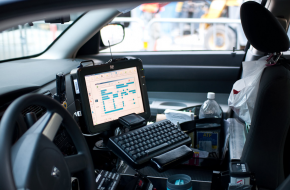 Recently released data from the Federal Bureau of Investigation’s (FBI) Uniform Crime Reporting (UCR) Program showed double digit increases in violent crimes, to include homicide, in major US cities including Milwaukee, Baltimore and Chicago in 2015 when compared to the previous year [1]. Given this, cities like Los Angeles and others are putting in place strong programs to reduce and/or prevent themselves from reaching similar levels. This article discusses how the Los Angeles Police Department (LAPD) has implemented proven policing strategies, developed new technologies, and adopted new training techniques to confront the effects of rising crime trends.

Although not immune to the national rise in violent crime, during the first nine weeks of 2016 killings in Los Angeles surged by 27.5% compared to the same period last year [2]. Like other cities across the nation, the LAPD pointed to a variety of factors they say contributed to the jump in crime: more gang violence, a rising homeless population and Proposition 47, the 2014 law that reduced some drug possession and property crimes from felonies to misdemeanors [3].

In response to surging homicides the Los Angeles’s South Bureau created a command center focused on the four South Los Angeles divisions that accounted for nearly half of the city’s killings and shootings: 77th Street, Southeast, Southwest and Newton. The 24×7 command center allowed the police to more quickly move officers and other resources across the divisions to prevent retaliatory gang attacks and try to stop other crimes before they occur [4]. Inside the command center experienced gang detectives and crime analysts used high-tech programs to sift through public and law enforcement databases, social media platforms and mapping software to produce extensive gang networks, suspect packages and vehicular details in a real-time environment. As a result, the city has normalized its homicide levels from those reached earlier in the year [5].

Understanding the benefits the command center’s short-term affects would have in nearby communities, the LAPD looked to long-term strategies in order to maintain a steady pulse on crime levels throughout the city. With improvements in technology, community awareness and training in 2016, the LAPD continues to be an effective organization. A list of 2016 long-term strategies include:

–    a plan to equip LAPD officers with a body camera

As policing continues to change across the nation, cities are looking internally for answers but externally as well. While pressures of increased crime mount, the LA city government is relying on experienced organizations like Praescient Analytics to drive advancements in technology, integrate and streamline existing law enforcement data and design new training to enhance officer crime fighting capabilities. With this level of support one thing can be certain, the LAPD will continue to transform its force while making needed advancements in technology, community awareness and training development a top priority.