Legacy vs. Novelty: Finding the balance

Legacy vs. Novelty: Finding the balance 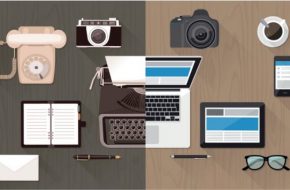 The federal government has been deemed by many to be poorly equipped when it comes to some of its lingering technology. The use of legacy systems and hardware, essentially outdated technology and software, has become an increasing issue for a variety of departments and agencies, especially as it pertains to budgetary and security concerns.

According to Shawn McCarthy, research director for International Data Corporation (IDC) Government Insights, the use of legacy technology has proven to be a major budgetary concern. In a 2018 interview, McCarthy explains that “Legacy systems have been eating up a good chunk of the federal IT budget [over the past 5 years].” He continues, “Let’s go back 10 years, it was two-thirds legacy systems spending and one-third modernization enhancement developing spending. What we found over the years is that dropped and it’s much closer to 20 percent to 21 percent going into new systems. That means the remainder is going into legacy systems, which is one of the highest percentages I’ve ever seen.” Approximately 78.9% of civilian agencies’ IT budget is being spent solely on the operations and maintenance of current systems, prompting some to wonder if this is the optimal way to delegate funds.

In addition to budgetary concerns, experts have warned of the dangers of avoiding updating technology. In the past, critical data has been exposed largely due to older systems’ inability to properly deter more modernized technology. For example, in 2014, the Office of Personnel Management (OPM) was breached, compromising the Social Security information of more than 18 million former, current and prospective government employees. In a 2015 hearing before the House Oversight and Government Reform Committee, the director of OPM at the time of the breach, Katherine Archuleta, assigned the blame for the lack of encryption of this data to the software in place, citing its outdated code as the primary flaw.

Given the proclivity of legacy technology towards inviting issues, the government should be more concerned with ensuring that their systems are at the cutting edge of development, right? Well, it might even be more detrimental to employ newer tech than maintaining current facilities in some instances.

In 2015, the U.S. Coast Guard (USCG) failed to implement a five year electronic health record plan, originally budgeted at $14 million that exploded into a $67 million dollar disaster. This fiasco was uncovered at a U.S. House of Representatives’ Subcommittee on Coast Guard and Maritime Transportation hearing in 2018. The lack of managerial oversight and directive on the part of USCG officers prompted the unsuccessful expansion of Epic’s EHR software to generate an “Integrated Health Information System” that failed to provide a functional system for both the USCG and the Department of State.

Around the same time as the aforementioned hearing, U.S. Department of Defense unveiled the Military Health System Genesis program, a $4.3 billion electronic health records program intended to replace a previously unsuccessful $2 billion Armed Forces Health Longitudinal Technology Application. The Director of Operational Test and Evaluation at the Office of the Secretary of Defense labeled this system “neither operationally effective nor operationally suitable.” The system is planned to be fully deployed by 2023 despite heavy critical dissent.

Perhaps instead of working solely with new, untested, expensive technology and projects, it may benefit federal agencies to work with companies in order to update soft skills and processes to more effectively utilize their aging systems today, while moving towards modernization in a structured and secure manner. For instance, Praescient worked with the USCG to transition their analytical workforce away from a highly manual-based analysis process into an advanced analytic capability which automates data ingest, digitizes the analytic workflows, and enables true collaboration for the first time in USCG history. But, unlike the electronic healthcare debacle, Praescient and the Coast Guard worked hand in hand to ensure that hardware, software, systems, policies, and personalities were all aligned to support “modernization in step” versus a “rip and replace” approach. This provides the happy medium of working with familiar software and reducing the need for training while optimizing defense against rising costs and security concerns.

In this same vein, 22 firms have recently been selected by the General Services Administration in order to help identify and manage IT challenges, specifically to support the Centers of Excellence program. Bob De Luca, executive director of the CoE program, says, “We selected companies who demonstrated the potential to discover issues related to current legacy systems and develop recommendations for modern-day technological solutions.” Similarly to these firms, Praescient is working with organizations throughout the intel community to optimize current legacy technology and recommending/assisting in the implementation of updated platforms and processes. This strategy is a far cry from the all out replacement approach of other previous government revitalization efforts, and it is likely to be better for them.