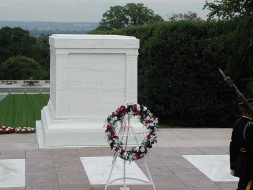 Many of us have just returned from a long weekend of rest and relaxation, but Memorial Day should be a time of reflection.

Women and men of the Armed Forces put their lives on the line in the performance of their duties. Since the inception of our nation, thousands of these service members have given their lives in dozens of conflicts. After the close of the United States’ bloodiest conflict, The Civil War, a holiday called Decoration Day was declared to honor fallen soldiers from the Union and Confederacy. The creation of this holiday marked one of the early attempts at healing the divide between the North and the South. Today, we continue to honor the memory of the deceased members of the military by reserving the last Monday in May to remember and reflect upon their sacrifice.

As a veteran-owned small business, Praescient is deeply committed to participating in this reflection. Many of our employees have seen first hand the difficulty of losing sisters and brother-in-arms. One of the ways in which affirm our admiration for these departed warriors is to employ qualified military veterans at Praescient. Through our work with Hiring Our Heroes and Virginia Values Veterans, Praescient continues to demonstrate our connection and appreciation for service members.