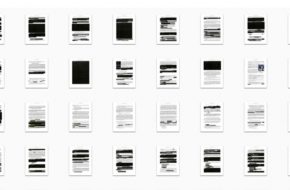 According to James J. Drylie’s Intelligence document, there are three ways in which intelligence can be corrupted: “intelligence analysts can be pressured to emphasize findings that support policies and preferences, or ignore issues that don’t support these policies; policymakers clearly express what they want to hear and what they don’t want to hear; [or] estimates can be skewed for personal advancement.” Thus, politicizing intelligence works towards supporting or emphasizing the results a politician desires for policy making.

Under the current administration, reports have alleged that President Donald Trump “may have influenced intelligence by predicting Iran would be in violation of the nuclear agreement vice coming to this conclusion based on intelligence analyses” (McDermott 2018). Others argue that the Trump administration has “attempted to influence analyses to justify their policies and the policies of the Republican Party”, which additionally undermines what is meant to be an apolitical intelligence community (McDermott 2018). Additionally, the bipartisan political sphere has influenced intelligence report demands, such as during the Mueller Report. Politicians may seek out intelligence reports that support the administration that supports them, as well as their constituents.

It is important to remember that some experts believe there can be positives in interjecting politics into intelligence. Some argue that politicized intelligence can spark the interest of policymakers, and thus be more strategic in persuading the decision makers to actually use the intelligence. McDermott poses this dilemma well in his study Do Political Appointments Create Politicized Intelligence? when he stated that “intelligence is just information if it is not policy relevant, and information is useless in making policy decisions” (McDermott 2018).