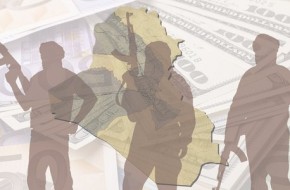 In May 2016 the RAND Corporation published the book Foundations of the Islamic State: Money, Management, and Terror in Iraq 2005-2010, the culmination of a four-year collaboration between the RAND Corporation, DARPA, Princeton University, Praescient Analytics, Palantir, and the Combating Terrorism Center at West Point.  The project team worked with the Defense community to declassify more than 140 documents to present a thorough view of the inner working of al Qa’ida in Iraq (AQI), also known as the Islamic State of Iraq (ISI), the forerunner to ISIS.  These documents paint a clear picture of the group’s standard procedures, territorial designs, and fighter rosters in both Anbar and Ninewa Provinces in Iraq during the war, 2005-2010.

As a result of this project, researchers learned that AQI/ISI organized itself according to a sophisticated, vertically integrated bureaucratic model to help reinforce group doctrine and practice from the very top to the most local of groups.  Additionally, the group exhibited advanced financial management, with structured payrolls, benefits, and life insurance for suicide bombers. It raised revenue from local taxation, extortion, theft, and other methods we currently see being replicated by ISIS in its controlled territory.

Praescient was particularly proud to help with the advanced analytic methods utilized for the duration of this project. As researchers obtained newly declassified material, Praescient would model the incoming data, ingest it into advanced tool sets, and analyze the corresponding information to uncover potentially hidden connections across the various datasets. This methodology generated important insights throughout the project that would have otherwise remained hidden within the data. For example, a Praescient analyst ingested documents from Anbar in 2007 and Mosul in 2009 into Palantir. Across disparate fighter rosters over two years and two separate geographic locations, the analyst was able to track the career progression of 124 different fighters. We were able to track militant careers of individual fighters in al Qa’ida, including: promotions, lateral transfers, pay increases, militant deaths, and even the existence of a hidden cadre on the payroll that identified the aliases of key AQI/ ISI leaders, including “Abu Dua”, now better known as Abu Bakr al-Baghdadi, the current leader of ISIS. This type of highly accurate analysis was only possible after ingesting all the fighter roster documents into a common analytic environment. Palantir allowed us to match similar fighters based on multiple sources of information, ultimately developing a precise and unique dossier for each fighter. By contrast, a simple cross match of fighter identification numbers, based on only a single document source, yielded over 100 false positives. This traditional method, which didn’t utilize an analytic platform, would have muddled the distinct identities of the fighters and inhibited further in-depth analysis of the data.

This project was so unique because it combined the insights of so many different kinds of practitioners in the study of terrorist groups. Among the authors of the book include a former military officer on the ground in Iraq, university professors in the study of sub-state conflict, economists with expertise in clandestine groups, and technology experts skilled in the use of advanced analytic techniques. All of these contributors brought some additional value to the project that would not have been found anywhere else. By combining all of their expertise, the book brings together a complete view on the internal workings of a group that still troubles policymakers today. This book is a crucial resource for policy makers, academics, or practitioners of any kind looking to better understand either the former al Qa’ida in Iraq or the current Islamic State.

To read more about Praescient’s work with leading public policy institutions, check out this post about our partnership with the Institute for the Study of War and the American Enterprise Institute