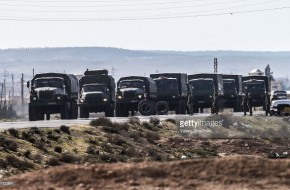 To fill the gap between the demands of big data and dearth of systems properly equipped to exploit it, experts in the field have expounded upon current models of analysis to develop activity-based intelligence (ABI). Outlined in detail in Patrick Biltgen and Stephen Ryan’s book, Activity-based Intelligence: Principles and Applications, ABI emphasizes the geospatial and temporal referencing of all-source intelligence to discover and monitor important events, transactions, and networks.[i] While analysts previously relied on individual exploitations from a small number of intelligence sources, ABI shifts the focus to comprehensive all-source collection around particular entities of interest. The goal is to achieve persistent monitoring of these entities, in order to track their activity through time and space.

However, ABI is more than just a new method for monitoring targets. ABI is also a form of discovery intelligence, focused on uncovering new targets and networks rather than simply providing updates on current intelligence. Unlike traditional approaches to intelligence analysis, ABI treats the sequence and sources of data equally, with a preference for integrating intelligence before exploiting it in the form of finished intelligence products.

Praescient’s analysts are at the forefront of ABI, utilizing advanced technology platforms to conduct open source assessments of challenges facing commercial and government clients. In May 2016 at the US Geospatial Intelligence Foundation’s GEOINT Symposium in Orlando, Praescient analysts supported the presentation of a comprehensive demo employing ABI methods to exploit open source information and uncover and track previously unknown targets.

After receiving a tip from Russian news media about the impending deployment of a combat engineering unit, the analyst confirmed via Russian Instagram and Twitter accounts that a unit had boarded a specific flight at the Chkalovsky Airfield outside of Moscow and eventually arrived in central Syria.

Once the newly identified target, the engineering unit, landed in Syria, the analyst again drew upon pre-existing search queries in Recorded Future to monitor all Russian activity in Syria. When open source entities reported on the activities of any of these platforms, Recorded Future could organize the information chronologically. The analyst used knowledge of the Syrian theater and current open source control of terrain estimates to hypothesize the unit’s final destination in Palmyra, and relied upon video footage to confirm the hypothesis based on the number of highway lanes visible and other identifying features.

Recognizing ABI as a legitimate intelligence concept is just the tip of the iceberg. Stay tuned throughout the summer for more Praescient products demonstrating the power of ABI in uncovering transactions and affiliations impacting business and government affairs.