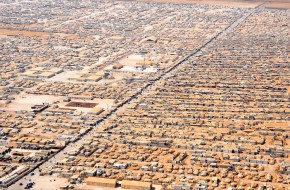 We’re pleased to announce that several of Praescient’s talented analysts have been selected to present at the second annual Recorded Future RFUN conference at the Newseum in Washington, D.C.! Our team leveraged Recorded Future’s advanced open source analytic capabilities to gain insight into the current humanitarian crisis in Jordan.

As a result of the ongoing Syrian civil war, hundreds of thousands of refugees have crossed the border into Jordan to escape the chaos and violence. Coinciding with this influx, Jordan experienced a wave of protests in response to deeply unpopular economic austerity measures. Jordanian officials reached out for assistance and the international community accepted their call for help. This assistance was provided out of concern that the refugees would soon overwhelm Jordan’s ability to care for them – putting pressure on the kingdom’s natural resources, and threatening its fragile demographic balance and political stability. Below, find a visualization of open source analysis to the complex demographic mix at play in Jordan: 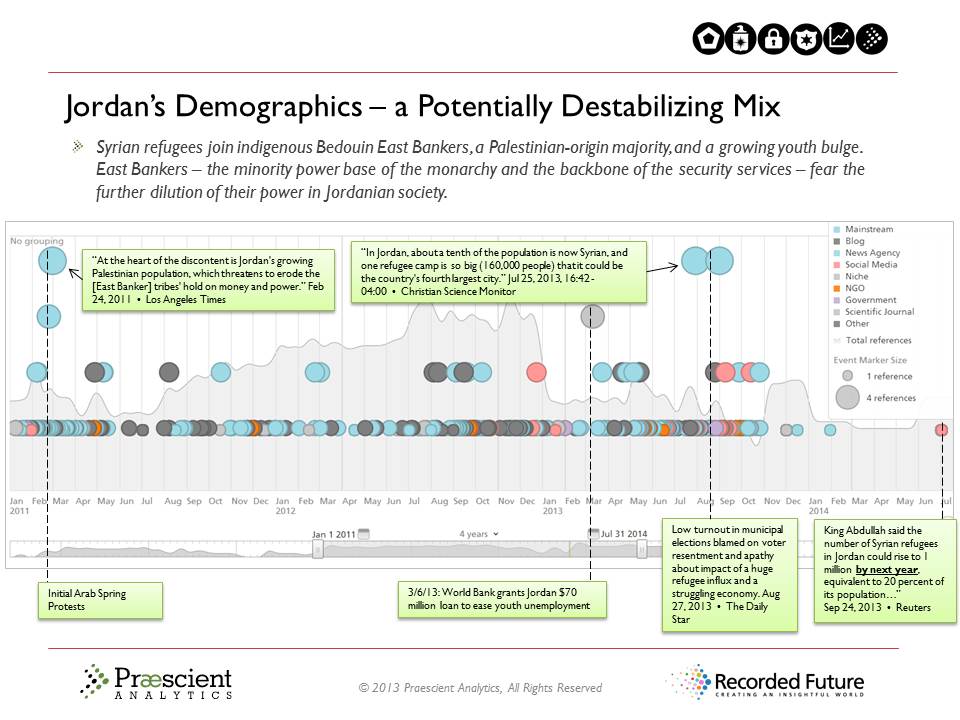 However, our analysis of the open source material reveals another side to this story – the presence of Syrian refugees may actually present a potential boost to the Jordanian economy. Many Jordanians blame the refugees for “taking their jobs” but we observe reports of Syrians taking the jobs that Jordanians refuse – the classic immigration debate. 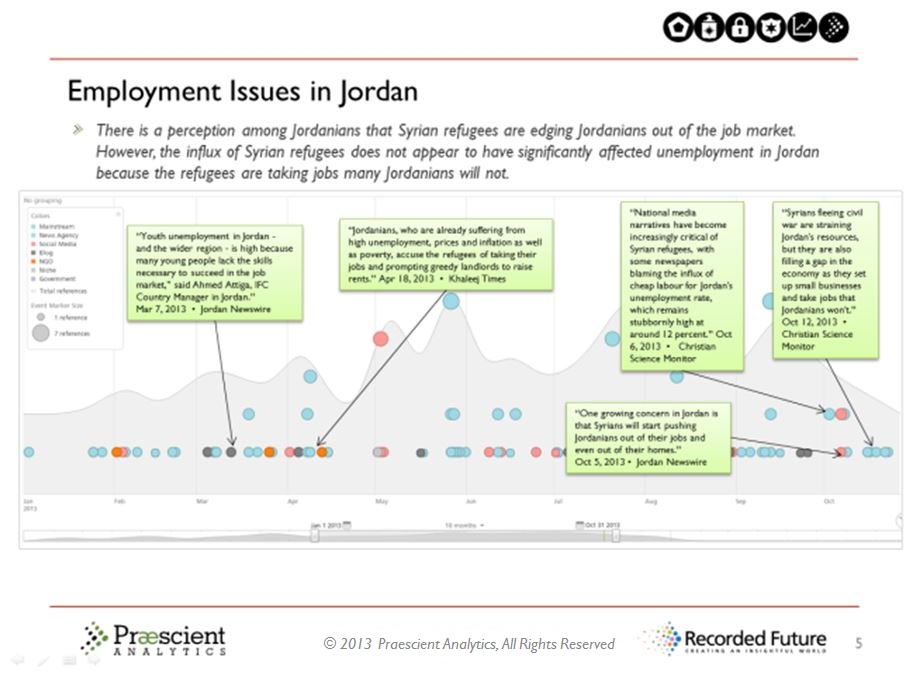 Open source references indicate that Jordan tends to the refugees’ basic needs in the camps, but in an effort to prevent these displaced peoples from becoming permanent residents of the Hashemite Kingdom and fully integrating into the Jordanian economy and society. As a result, the Syrians are effectively wards of the state, in conditions that have prompted many to risk their lives to return to Syria. At the same time, Jordan is able to parlay the refugees’ status as perpetual dependents, enabling continued access to international aid. 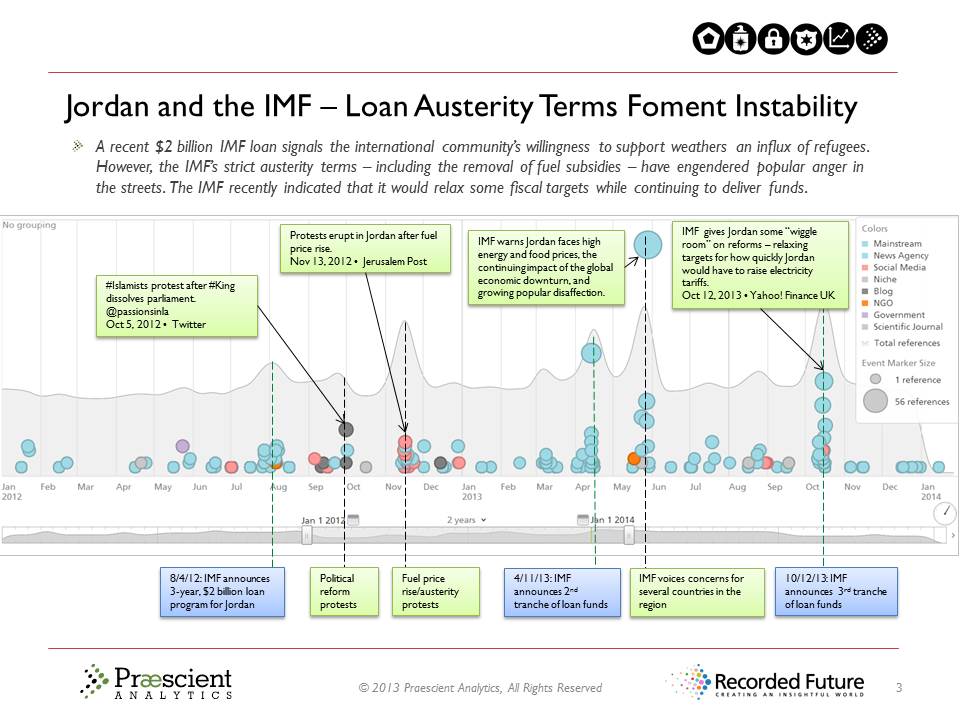 This analysis represents the vast potential of the Recorded Future platform. By tracking news reporting, social media, blogs, official studies, and other sources, we can gain a deep understanding of the true motives of state actors in response to global humanitarian crises. Insights such as these gained from Praescient’s advanced analytic techniques can help to inform the actions of governmental leaders and policymakers. Be sure to visit Recorded Future’s website to read about other innovative ways the platform can be used to tackle tough data challenges.