Since the start of COVID-19, internship programs have been a unique experience for everyone. The transition from in-person work to remote work brought uncertainty, confusion, and many online happy hours. Thankfully, interning at Praescient has begun to return to normal. This summer, Praescient’s Internship Program consists of four intelligent teams, 17 talented interns, and an inclusive hybrid program. While the majority of our interns are able to work in our office space, we do have a handful of interns that work remotely across the country. Let’s meet them! 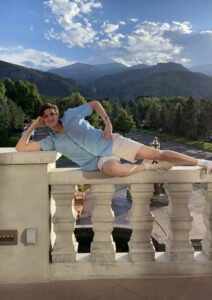 Ben is originally from San Antonio, Texas.  He now studies at Georgetown University where his most enjoyed class has been Spanish Sociolinguistics. In the future, Ben is unsure of what he wants to do, but he is optimistic that it will be something interesting and intriguing. The best part about his internship so far has been “meeting the other amazing interns and learning how to complete a Rubik’s Cube.” 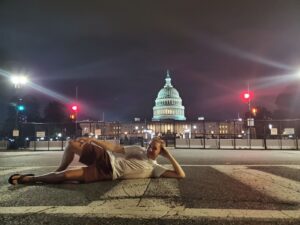 Nic attends Embry-Riddle Aeronautical University and is originally from Pennsylvania. At Embry-Riddle, Nic’s favorite class has been Supply Chain Security. He has been to Russia, which has been his favorite location to visit so far. Nic says that his career aspirations range from an intelligence operations officer to a pilot, but either way he is confident that his work at Praescient will point him in the right direction. The best part about interning at Praescient has been “gaining a deeper understanding of the contracting process for small businesses.” 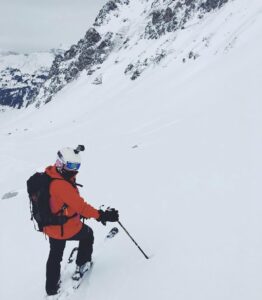 Emily attends Boston University and is originally from the Bay Area in California. At BU, the most interesting class she has taken is Organizational Behavior. In the future, she hopes to be an executive in consulting or pharma. Emily has traveled all over the world but the best place she’s been so far has been the south Asian country of Bhutan. She channels her worldly knowledge when she explores open source geospatial intelligence (GeoGuessr) at Praescient during her breaks. 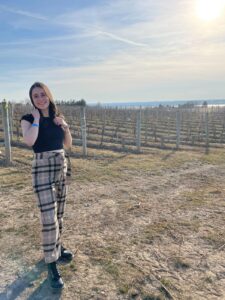 Julia attends Cornell University and is originally from Potomac, Maryland. Her favorite place to visit is Bethany Beach, Delaware. In the future, Julia hopes to do something that combines creativity, writing, and problem solving. Her favorite class so far has been Economic Analysis. She has used her knowledge from this class in her internship by being able to learn the development process in a small company and apply it to current projects she is working on! 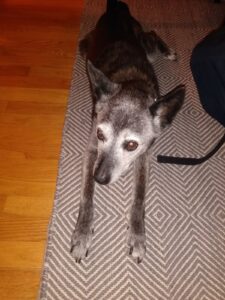 Evan is attending Clark University and is originally from Boston, Massachusetts. He loves his dog, Georgia, who is pictured to the left. Evan’s favorite travel destination is Venice, Italy. In the future, he looks forward to continue travelling in whatever field he pursues.  In school, Evan’s favorite class is U.S. Foreign policy in the Middle East and at Praescient, he has been enjoying the workplace culture.

Next, we have the Intelligence Cell. 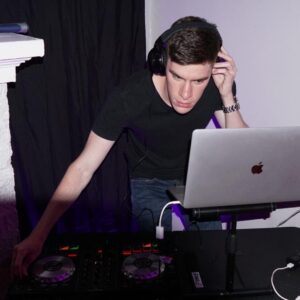 Dakota is beginning his graduate degree this fall at American University and is originally from Myrtle Beach, South Carolina. He is interested in intelligence and its processes which was piqued through his “Espionage and Intelligence” class. Dakota hopes to become a Foreign Service Officer and is confident he will make that happen. So far, the most amazing place that Dakota has been is Ireland and the best part of his internship has been “learning how the intelligence/security industry works.” 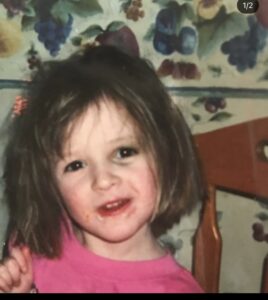 Caitlyn attends Ohio State University and is originally from Dayton, Ohio. She has aspirations of becoming an Intelligence Analyst for a government agency. This was kickstarted through a class she took called Intelligence for Diplomacy. Caitlyn has traveled all across the U.S., but Rocky Mountain National Park has been the most beautiful place she has seen. Her favorite part about being an intern so far has been the endless mint tea and the race to eat all the Twix bars in the kitchen. 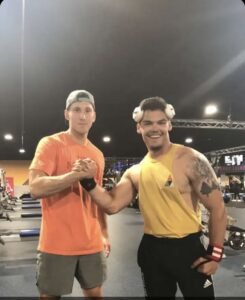 Jack (pictured on the left) attends the University of South Florida and is originally from Melbourne, Florida. As a true Florida man, his favorite spot is Long Key State Park. Jack looks forward to potentially being an international business or environmental rights lawyer in the future and his favorite class so far is International Political Economy. At Praescient, Jack has enjoyed “researching and finally working as an analyst after studying how to do it.” He has also liked getting to know the other interns! 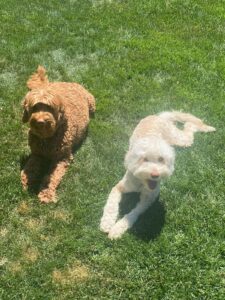 Kate is an incoming graduate student who will be attending Stanford University this fall. She is also from California, specifically the San Francisco area. Her favorite class in college is International Relations, which matches up with her career goal of being a policymaker or lawyer. Kate has been a world traveler, but Chile is her all time favorite destination. At Praescient, she has enjoyed learning about all of the software that is used within the analysis field. 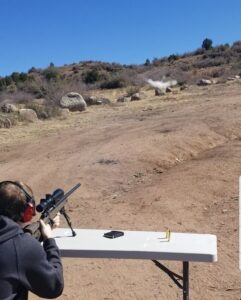 Cameron is a current student at Embry Riddle Aeronautical University and is originally from Arizona. He has explored many courses during his time in college, but his favorite one has been Interrogation Techniques and Tactics. In the future, Cameron wants to work in any type of position in National Security. His most amazing experience elsewhere has come from traveling to Tanzania in East Africa. At Praescient, Cameron has enjoyed gaining intelligence experience in his internship and is excited to learn more about everything involved in the intelligence process. 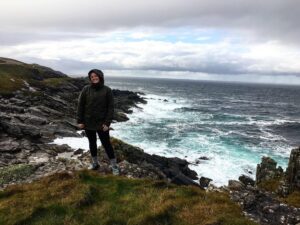 Ellie is a current graduate student at George Washington University and is originally from rural Minnesota. In her future career, Ellie wants to work within criminal intelligence analysis. She has taken a lot of diverse classes since being in school, but her favorite so far has been Counterintelligence & Espionage. Having traveled most of Europe, she has many favorite spots, but her most loved is Galway, Ireland. At Praescient, Ellie has enjoyed working with the executive team and interns who all come from different backgrounds.

Onto the Human Resources team! 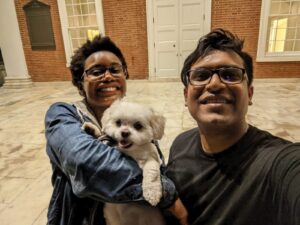 Jazmin currently attends Radford University and is originally from California. Her favorite class within her school career has been Non-Verbal Communication and Jazmin’s favorite travel destination is France! Her time at Praescient so far has been a great experience where she is “able to stand up to the challenge in a high-paced environment.” Jazmin is one of the remote interns this summer! 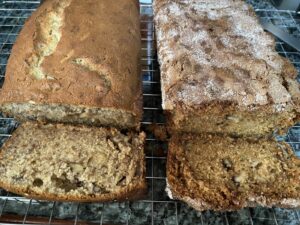 Michelle is a student at Santa Clara University and is originally from San Mateo, California. One of her favorite things to do is bake (as pictured), which she picked up when she lived in London for almost a year. In school, her all time favorite class has been Witches, Saints, & Heretics. Michelle is a remote intern, so she does not get the in-office experience, but she has enjoyed how Praescient has done their best to include the remote interns in everything! 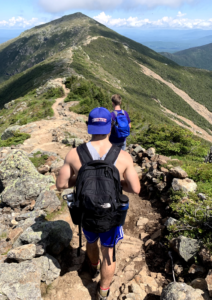 Eric is currently attending Dickinson College and is from Old Saybrook, Connecticut. He has an interest in different cultures and wants to be an International HR Manager in the future. This connects to his favorite class which was Cultural Anthropology. Eric’s most loved place to explore is Acadia National Park in Maine and he enjoys hiking! As a remote intern, Eric has also not experienced the full office experience, but has still been able to connect with his colleagues, which he appreciates. 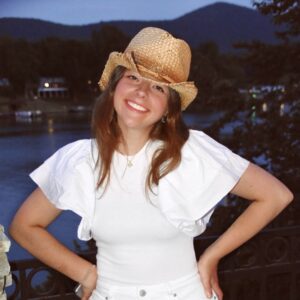 Meg is a student at James Madison University and is originally from right down the road in Alexandria, Virginia. She enjoys traveling and hopes to end up in New York City or Europe one day as a marketing or PR specialist. Working in Italy would be ideal because that is her favorite place to visit. Meg’s most interesting class she has taken as a student is Psychology. At Praescient, Meg enjoys being in the office environment and getting to know the other interns! 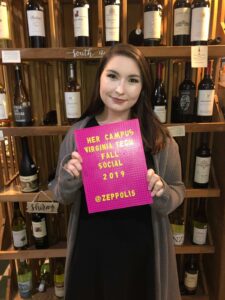 Kate attends Virginia Tech and is originally from Martinsville, Virginia. In the future, she wants to do something involving public relations within an amazing company and maybe even open up a used book store. Kate’s favorite place is Italy and she wants to live there one day. Her best class so far has been Cinema History where she watched movies and gave her opinions on them. As a remote intern, she hasn’t been able to be in-person with the other interns, but she has liked being able to meet everyone virtually! 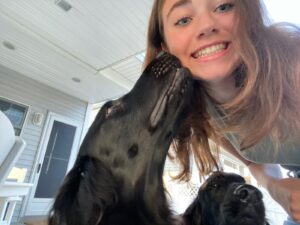 Megan is currently attending George Washington University and is from New Jersey. GW offers lots of classes, but Megan’s most enjoyed so far has been the Age of Globalization. Ireland must be a top country to visit among our interns because that is also Megan’s favorite place to travel to! In the future, she hopes to stay in DC and work as a political fundraising consultant. Megan enjoys working virtually alongside the rest of the Social Media team to create fun graphics!

These interns show the difference in backgrounds that they all come from. Some have interests in intelligence whereas others have interests in global business. No matter what their future career goals are, every member of Team Kopana this summer is an essential part of assisting Praescient Analytics in operations at their headquarters.

Interested future interns can check out our internship opportunities page here. Keep an eye out for our Fall 2021 internship openings in the near future!