As the Chinese proverb says, “A spectator sees more than a player in the heat of a game.” Researchers and analysts have the privilege, often times, of working with the fuller picture and in hindsight while striving to arrive at objective conclusions. When conducting trending analysis, this privilege serves as a valuable tool for providing senior decision makers with accurate and useful information.

In light of the anniversary of Umar Farouq Abdulmutallab’s failed attempt to detonate a bomb on a flight landing in Detroit, Michigan, Praescient Analytics provides a summary of well-known cases surrounding Abdulmuttalab to highlight trends of terrorist activity targeting the United States. In particular, the cases can be traced back to two hot spots – Yemen and Afghanistan/Pakistan (AfPak). 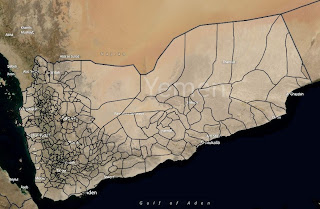 Abdulhakim Mujahid Muhammad killed one U.S. soldier and wounded a second at a Little Rock Arkansas recruiting station on Jun 1, 2009. The NEFA Foundation reports that Muhammad traveled to Yemen in September of 2007 to teach English. He married a local resident of Sana’a, overstayed his visa, and was arrested on November 14, 2007 in possession of a Somali passport. Muhammad stated that his reason for targeting the recruiting station was a direct result of the wars in Iraq and Afghanistan. The NEFA foundation reports that Muhammad spent time between 2006-2007 at a mosque in Columbus, Ohio, that was frequented by convicted terrorists, Nuradin Abdi, Iyman Faris, and Christopher Paul, all of whom were connected to networks in Afghanistan and Somalia.

Nidal Hasan killed 13 U.S. soldiers and wounded over 30 people at an Army base in Fort Hood, Texas  on November 5, 2009. Hasan had ties to the Dar al-Hijrah mosque located in Falls Church, Virginia, reportedly having attended at the same time as two of the the hijackers involved in 9/11 while radical cleric Anwar al-Awlaki was the main preacher. While Nidal Hasan did not personally travel to Yemen, he maintained virtual contact with Anwar al-Awlaki, a key member of AQAP and well-known public relations spokesperson.

Umar Farouk Abdulmutallab attempted to detonate a bomb strapped in his underwear while a passenger on Northwest Flight 253 destined for Detroit, Michigan on December 25, 2009. Abdulmutallab made several trips to Yemen between August and December of 2009, reportedly interacting with Anwar al-Awlaki during his radicalization process. 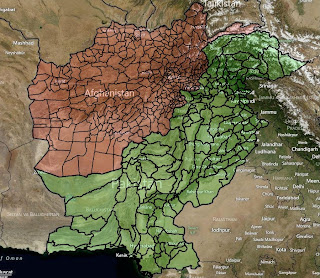 Najibullah Zazi and Zarein Ahmedzay were arrested in connection with an attempt to attack the subway system in New York City (NYC) in September 2009. Zazi, an Afghan-American, traveled to North Waziristan on his way to join the Afghanistan Taliban back in 2008. The New York Times (NYT) reports that Zazi never made it to Afghanistan; instead, he met with Saleh al-Somali and Rashid Rauf. At the time both personalities were key members of Al Qaeda to include the leader of AQ External Operations cell, responsible for attacks outside the AfPak region.

Faisal Shahad, a Pakistani-American, attempted to detonate a Vehicle-born Improvised Explosive Device (VBIED) in New York City Times Square on May 1, 2010. In short, Faisal traveled to North Waziristan in July 2009 to receive training.

Similarities exist throughout the five terror plots and attacks, such as the nature of the target(s) and method(s) of attack.

Targets: Plots and attacks that originate from the AfPak region focus on New York City as their primary target. The terror plots originating from Yemen do not seem to have the same geographical focus as the AfPak attacks. AfPak attacks strictly target civilians while two-thirds of the Yemen attacks targeted the US Military.

It is clear that the trend from Yemen and Afghanistan/Pakistan is to utilize Muslim-Americans who become radicalized through varying methods and train predominantly overseas in foreign lands.