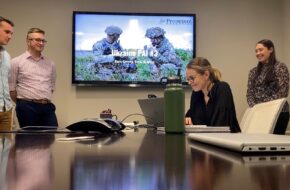 With the Spring 2022 open-source project coming to a close this week, Team Praescient is eager to share some behind-the-scenes insight on the project. In this two part blog series, we begin by outlining the project’s background and methodology.

For the past three months, Praescient’s Intelligence Cell team has been working on an open-source project as a means to hone critical analytical skills while producing practical, relevant, and timely deliverables to Praescient senior leaders. This project takes the form of a weekly briefing on an Area of Operation (AO) chosen by the intern team at the beginning of the semester. The weekly briefing includes analysis of the current situation (tracking changes week to week) and estimations on courses of action, all based on publicly available information.

What did the OSINT project entail?

The purpose of the open-source project is for Intelligence Cell interns to explore a timely case study to develop their open-source intelligence (OSINT) abilities, analytical skills, and briefing proficiency. Ultimately, the open-source presentations prepare analysts to present decision-makers with timely and actionable intelligence that can be used to make informed decisions regarding policy or specific tactical needs. Before diving into the ample avenues of data collection and analysis, analysts attended Praescient workshops to acquire knowledge on source characterization and the importance of working through an Intelligence Preparation of the Battlefield (IPB) using a PMESII/ASCOPE matrix. Together, these initial processes aided the team in correctly identifying which critical factors to track during their open-source research. 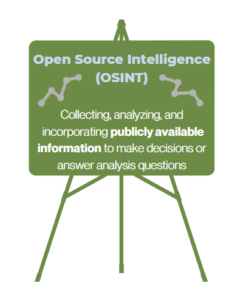 The Spring 2022 Intelligence Cell research analysts explored a diverse set of potential AOs prior to the launch of this project, but ultimately decided the Russian invasion of Ukraine would be a crucial situation to track due to its global significance and impact on U.S. interests. Given the unfolding events of this specific AO, there has been no shortage of information for analysts to evaluate through their choice of analytical tools. In particular, analysts focused on the advancement of Russian troops into Ukrainian territory and the diplomatic sentiment surrounding this crisis while leveraging publicly available information.

The Nitty Gritty: The Components of the Weekly PAI Briefing

Each week analysts briefed their intelligence analysis of the on-the-ground situation, as well as their estimations of the most likely and most dangerous courses of action (COAs). Analysts aggregated information from unstructured data pulled from disparate sources (social media, news sites, blogs, etc.) to conduct their assessments. Their assessments culminated into weekly briefings utilizing tools like Esri ArcGIS online and the Diplomatic Stakeholder Index, which was an indicator tracker the Spring 2022 Intel Cell team developed for this effort. Given the immense amount of information on the Russia-Ukraine situation, analysts identified and prioritized the types of information for inclusion. Then, they developed a workflow to effectively gather this information, create structured data, perform analyses, and craft analytical interpretations for presentations. The process began with identifying the sources of various information such as satellite imagery, troop movement, kinetic action, or diplomatic engagements. After source characterization, the raw information was turned into a digestible deliverable to be included in the brief.

The first weekly briefs highlighted analyst-developed maps depicting the location of kinetic action in the separatist-held eastern regions of Ukraine, as well as the buildup of Russian troops along Ukrainian borders. Analysts leveraged structured data from Armed Conflict Location & Event Data Project (ACLED) to map up-to-date information on kinetic action (using Esri ArcGIS online). By layering conflict data and tracking it week to week, analysts were able to both map the advance of Russian forces into Ukrainian territory and make informed judgments about the veracity of claims made on both sides of the conflict.

Additionally, they sharpened their investigative skills by conducting news scrapes on diplomatic engagements, which analysts transformed into structured data for use in their Diplomatic Stakeholder Index (DSI). Before Russia began their invasion, there were not many readily available quantitative indicators to track. So, the Intelligence Cell created the DSI as an original methodology in order to process qualitative data in a quantitative way. That way, trends would be able to be identified and tracked in an objective way each week in a way that descriptive data would not fulfill. For the weekly DSI, interns analyzed diplomatic press releases from the US, Russia, Ukraine, and five other entities with major interests in the current conflict, and created data entries for each individual diplomatic event. Specific indicators in the political, military, economic, and information realms were attributed to each event, allowing qualitative events to be quantified in an objective way. With upwards of 100 data points each week, shifts in indicator frequency over the weeks could be tracked and contrasted with important real-life kinetic developments. Ultimately, this allowed the Intelligence Cell to predict future international behavior based on past trends.

Moving into the Presentation Phase…

The initial development stages of the open-source project were critical to building the necessary foundation for conducting weekly analyses. By identifying sources of information, working through the PMESII/ASCOPE IPB matrix, and formulating the DSI, the team was able to find their bearings and establish a set of analytical tools they would be confident relying on for the six-week duration of the project. 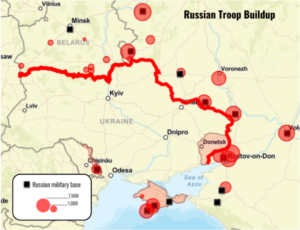 Russian Troop buildup, as of March 2nd, 2022 included in a previous iteration.

Be sure to stay tuned for Part II of Praescient’s Open-Source Project Blog Series. In the second installment, the team will dive deeper into the Intelligence Cell’s analysis, share takeaways and lessons learned, and catch a few glimpses into the final installation of the Spring 2022 open-source project. 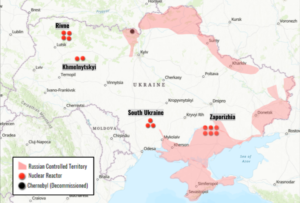 Sneak peek for next week! Stay tuned for more findings, key takeaways, and insight on the process!