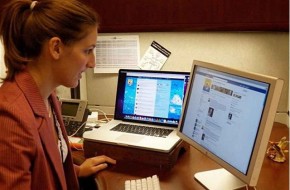 One of the recent popular topics of discussion in the press is the gender gap in the tech industry. Even though women represent over half of the overall workforce in the US, they hold less than a quarter of all technical and computing jobs, and this number falls further at the founder and executive levels. Men continue to hold more than 80% of software development jobs and among the new generation of tech companies like Facebook, Google, and Twitter, less than 10% of all programmers are women. In addition, the number of women studying computer science in college has declined; women now earn 12% of computer science degrees, down from 37% in 1984.

What is the cause of this huge gap? The divergence of interest seems to happen in high school or college. About 74% of girls in middle school state an interest in science, technology, engineering, and math—the so-called STEM fields—but by their college years, only 0.3% of women end up choosing computer science as their majors. Researchers on the topic cite multiple factors that lead to this decline in interest: lack of support from parents, non-exposure to the field, and inadequate resources. Experts say that to many girls, the idea of a computer scientist brings to mind “men working alone in a basement” and are unable to relate. Others add that impediments to the top continue after a woman does in fact break into the field. According to one commentator, women do enter tech jobs, but don’t get promoted and have a hard time getting leadership roles. The effects of this gender gap extend into other areas such as pay disparities. In the last 10 years, three times as many jobs have been created in the STEM fields as compared to others and pay is also generally higher in the STEM fields

Tech executives and recruiters are shifting tactics by trying to address the gender gap before women even start their careers. Programs such as Girls Who Code—a 2-month Manhattan-based program—teach girls the basics of software programming, product development, public speaking, and other skills to prep them early on for future jobs in tech. Margit Wennmachers, a partner at Silicon Valley venture capitalist fund Andreessen Horowitz, states that the “dividing line is learning to code. You either tell the computer what to do and you’ve got lots of great career options. Or the computer tells you what to do and you end up working in a shoe store.” Companies like Google and Twitter have donated money to non-profits like Girls Who Code and hosted workshops in order to support these efforts. Some schools, such as Stuyvesant High School in NYC, are now also requiring that all students take a one-year computer science course in order to graduate, which means that all female students are now exposed to coding, with the hopes of peaking interest in some. Hopefully these efforts will pay off and the gender gap will start to close in the next generation.