What Can Silicon Valley Learn from the Federal Space?

What Can Silicon Valley Learn from the Federal Space? 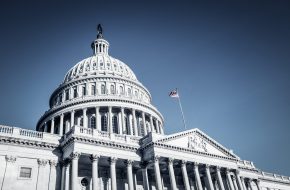 The past two decades have seen the proliferation of the tech industry in Silicon Valley and the rise of the new west coast or start-up workplace culture. Silicon Valley refers to the geographical region containing the headquarters of many tech companies, but is now also a symbol of ingenuity, relaxed workplace culture, money, and innovative technology. The focus of many established companies and new start-ups in Silicon Valley is the disruption of the technological status quo and the creation of a new and useful experience for the user. This falls in stark contrast to the government, which does have innovative sectors, but also focuses on maintaining legacy technology and order in the country. Many have already written about the large differences between the stringent and bureaucratic rules of the federal government workspace and the disruptive and relaxed culture of Silicon Valley. The federal government can learn from Silicon Valley’s focus on hiring talent, innovation, and culture, however, Silicon Valley can also learn from the federal government. Healthy workplace culture is not only about the employees feeling relaxed and productive, but also about implementing specific policies that provide the organization a framework for future success. More specifically, Silicon Valley should focus on developing institutional memory and not relying on outside capital for development in order for more start-ups to be successful.

Many start-ups do not have formalized policies regarding the way information is preserved. A lack of policy combined with the fact that the tech industry has one of the highest rates of turnover for employees creates an environment where it is difficult for the company to efficiently evolve. The federal government does not face these problems. The public sector has one of the lowest turnover rates of any industry and has many formalized policies regarding exactly how information is preserved and disseminated.

It will be difficult for many start-ups to develop effective measures to form a strong institutional memory because of the path many start-ups take. Many start-ups have adopted the method of growth called blitzscaling, originally coined by the founder of LinkedIn. In this model, the start-up operates at a loss and receives money from venture capital firms with the eventual goal of gaining such a large portion of the market share that they can operate at a profit. However, this approach sometimes clashes with forming institutional memory and a functional business model because the start-up is dependent on outside capital and not its revenue streams, making them devote more time and funds towards the product and not enough towards internal measures and development. Venture Capital firms are consistently reevaluating their investments and may decline to support the start-up without significant product development. While the product and user experience are both critical to the success of a tech company, other aspects should not be neglected, because failing to fund institutional memory consistently leads to the downfall of many start-ups.

Start-ups should take evidence that a lack of institutional memory is negatively affecting their prospects and follow the example of the federal government to reduce turnover and formalize processes to preserve knowledge. Furthermore, if at all possible, start-ups should focus on entering markets where they would not need to have a huge market share to be profitable. For example, Facebook, LinkedIn, Twitter and Amazon were all independently profitable before their initial public offering, whereas Lyft and Uber are still hemorrhaging cash after their initial public offerings despite having around ninety percent of the rideshare market in North America.

Silicon Valley is still changing the way business is done all over the world and improving lives through innovative technologies, however, they should still strive for the most efficient business model and use the federal space as an example for how to improve institutional memory.