Where Analytical Minds Meet: Psychological Profiling and its Use in Data Modeling

Where Analytical Minds Meet: Psychological Profiling and its Use in Data Modeling 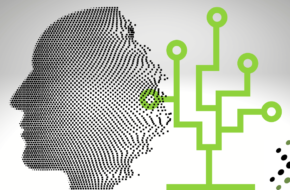 Forensic Psychology and Data Analytics overlap on many fronts, as detailed in a previous Praescient blog. Exploring the connection between data modeling and psychological profiling initiates a deeper dive into the mechanics of how these two seemingly unrelated subjects augment each other.

There is an alleged serial killer loose in your town. A profiler within your state is assigned to team up with a local data analyst to create a feasible profile for this perpetrator to expedite the investigation. The data analyst suggests creating a data model to identify links between the crime scene information and possible offenders. How will they do it? How can two seemingly opposite careers mesh? 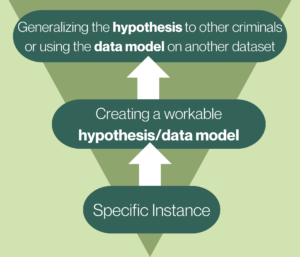 For example, at a crime scene a profiler identifies evidence of the perpetrator stealing items that belonged to the victim. This repeated pattern is then observed over multiple crime scenes with different perpetrators expressing this pattern of behavior. A profiler then hypothesizes the offender receives pleasure when stealing a victim’s item and explores this hypothesis in another case in which the subject cut and kept a lock of hair from their victim. This pattern of behavior is commonly recognized in serial murders and known as trophy taking. A similar workflow is used by the data analyst. Data analysts create workflows using data modeling. Data modeling is creating a diagram to understand the relationship among data types, attributes that can be assigned to the data, and the different main entities that are within the data set. Similarly to developing an offender profile, the data analyst creates a data model to represent the connections within the data. The data model is utilized to create a workflow that allows the analyst to look at the crimes committed to find any links between the data. The workflow enables analysts to find the pattern within the data. In the future, the same data model can be used on a different data set thus creating a workflow “theory” that can be generalized to the murders similar to the profiler.

Unstructured v. Structured Data Can Be Used in Profiling

Another aspect of psychological profiling is that the profilers create profiles for individuals who have committed crimes to help authorities with their job of finding them. To create a profile, the profiler looks at the research and studies that have accumulated over the years. After combing over the research, the profiler picks out what the most likely characteristics are of the person who committed the crime. They create their list of possible characteristics that the suspect might be: male, white, between the ages of 18-35, reserved, etc.

This is another instance in which the data analyst can help the profiler. Unknown to the profiler, they are performing entity extraction that the Sintelix software can help you complete. In the past, Praescient has used entity extraction to help investigate prostitution during the Super Bowl with The McCain Institute and Arizona State University. You can read more about those efforts here. Sintelix takes what is known as unstructured data (e.g., documents, pdfs) and creates structured data out of it (e.g., a spreadsheet with time, date, location, etc.). This aligns with the profiler using the studies and research to create a list of characteristics of the person who committed the crime. 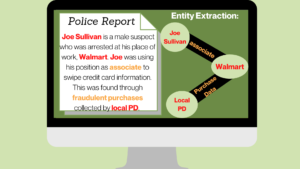 So, how will the data analyst and the profiler do it? From what we have learned, the two people are not as different as it may seem. There are many factors within psychological profiling that crosses over with what a data analyst does. We can infer that with the knowledge of previous research that the profiler has and the tools that the data analyst has access to (i.e., Sintelix), the two will create a useful profile to lead investigators right to their suspect and stop the serial killer.