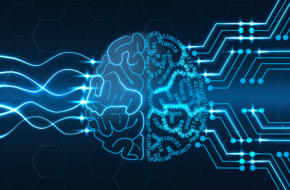 While Artificial Intelligence (AI) used to be a technology only seen or mentioned in science fiction, AI’s rapidly increasing presence in today’s world has created cause for concern for many people who fear their jobs will inevitably become obsolete. AI has the potential to achieve things beyond the scale of human capabilities, but questions still remain about how it will affect various industries in the long run. Because AI has become a hot commodity in the intelligence community in particular, there is a lot of buzz around how these technological advancements may affect the jobs of intelligence analysts.

Because AI has rapidly burst into the government and intelligence sectors, there seems to be a lot of confusion when it comes to the roles AI will be taking on in these spaces. Charlie Caris, Praescient’s very own Director of Services, believes “there is an enormous gap between what folks think AI ought to be able to do and what AI actually does.” In order to end that confusion, AI-fluent analysts will prove to be vitally important over the next couple decades in educating a new generation of Americans.

While AI may be able to process and store data more effectively, analysts will still be in high demand to interpret that data and transform it into usable information. Caris argues, “it’s more important than ever to have analysts and technologists as part of your team in order to help close this gap with AI.” AI will actually help to increase the productivity of analysts and improve the efficiency with which they work. Not only does AI help analysts do their jobs, but it actually increases their importance in the workplace. Analysts will play a crucial role in ensuring the integrity and accuracy of AI outputs. While AI algorithms can process large amounts of information at unimaginable speeds, analysts are needed to contextualize this information and transform it into deliverables that can be used to make decisions. At this point in time, AI is unable to understand human experiences and observations. AI can provide the building blocks, but analysts are still the key component in connecting pieces of intelligence to construct a comprehensive picture.

The computer programming industry has recently faced a similar issue with automated programming as a result of AI implementation. Many programmers with limited programming skills feared they would be replaced. While many low-level programming jobs were lost, the overall number of jobs in the field actually increased due to a need for higher-skilled workers with greater experience. Despite being completely different fields, the computer programming industry has set the trend that AI will not edge out higher skilled labor. Human enrichment of data is still essential for mission success. The advancement of AI may change certain roles, but analysts will still be necessary even if they have to evolve with the technology and “roll with the punches,” so to speak.

As long as the consumer of analytics is human, human analysts will still be vital to mission. Analysts will need to work hand in hand with machine learning engineers to ensure that AI is meeting their analytical needs and increasing efficiency surrounding their operations and tasks. AI is continuing to develop, and there are a lot of unknowns, but analysts can rest assured that they still have an important role in the world of data analysis. In order to bridge the gap between AI process outputs and actionable deliverables, analysts like those at Praescient are more crucial now than ever before.