The Role of Data Analytics in Pursuing Peace: An Investigation of Cocaine Trafficking in Colombia

The Role of Data Analytics in Pursuing Peace: An Investigation of Cocaine Trafficking in Colombia 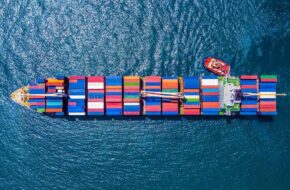 The Intelligence Cell Capstone Project is an opportunity for interns to utilize the tools and skills they have garnered to further explore data analytics in an area they are passionate about. Last week’s blog post detailed Research Analysts Sarah Jasinski and Natalie Polanosky’s efforts to investigate child sex trafficking in the United States and creation of a demo involving Praescient’s ANB platform to demonstrate the movement of domestic CSAM in Texas. Building upon Praescient’s prior expertise using commercially available data to investigate the chemical precursors of illicit fentanyl and MDMA production, another team of Intelligence Cell Research Analysts, Erin Cassano and Julia Herriott, bring a new perspective to Praescient’s drug-trafficking investigative capabilities by tracing cocaine shipments in Colombia. 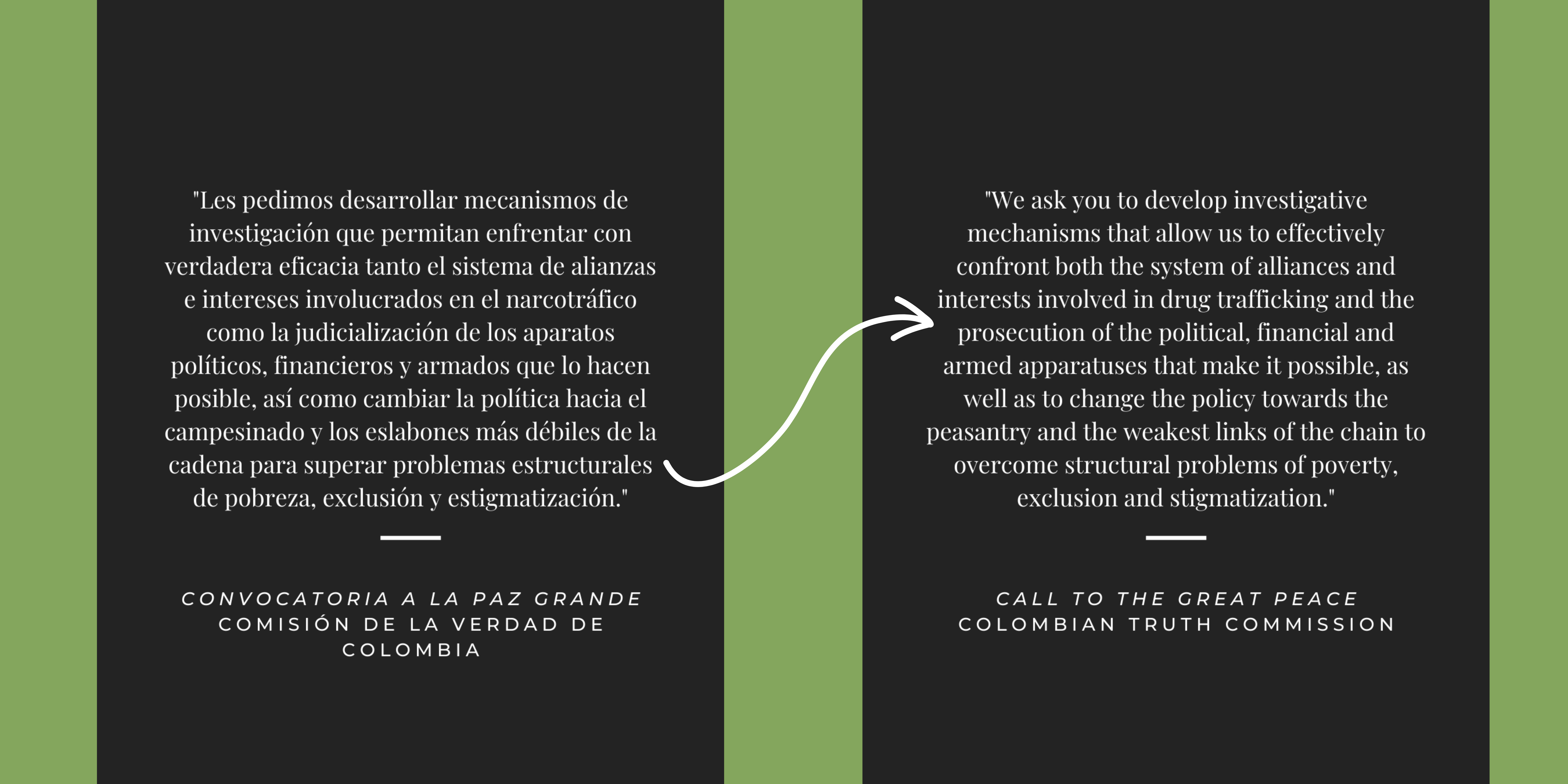 According to the UNODC, the level of cocaine manufactured reached a record high in 2020, almost 90 percent of which is being trafficked by sea. Colombia produces an estimated 70 percent of the cocaine consumed worldwide, where the coca used is grown primarily in remote areas in which criminal organizations often supersede state control and the local population lacks access to the legal economy. Meanwhile, the country is in the midst of a historic peace process following decades of internal conflict.

On June 28, the Colombian Truth Commission released a narrative report detailing the conflict, an initiative put forth in the Colombian Peace Accord signed in 2016. Highly critical of the country’s security model, the report describes the social consequences of the war mounted against drug trafficking, which has treated the country’s poor farmers as internal enemies and disastrously victimized much of the civilian population. The broader conflict and continued violence are inexplicably intertwined with Colombia’s complicated legacy of drug trafficking, an issue the report professes must be addressed. Yet the methods historically used have proven ineffective both in impeding the trafficking of drugs and in building a healthy relationship of trust between the government and the Colombian people.

By focusing drug control efforts on commercial shipping, the workflow Praescient analysts developed represents one method to redirect the security model from further victimizing the poor farming population, often implicated in the drug trade out of desperation and lack of financial resources, towards the transnational criminal organizations profiting most from the illicit drug trade.

Drug trafficking can often resemble a game of cat-and-mouse between law enforcement and drug smuggling organizations who constantly innovate their methods to stay one step ahead of authorities. One challenge for crime analysts is to recognize changing trends within smuggling tactics and adapt their analytical processes to ensure timely interception of illicit activities. The increased movement of goods through commercial shipping as a result of the COVID-19 pandemic has provided ample opportunities for criminal networks to use commercial vessels and their crews to transit illicit substances worldwide, and has consequently brought commercial shipping data to the forefront of drug trafficking interdiction efforts. Meanwhile, criminal organizations have become more inventive with their efforts to circumvent detection by authorities. 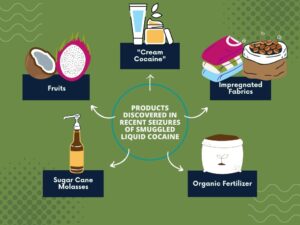 One such evolution has been the tactic of shipping “liquid cocaine,” in which cocaine is dissolved and mixed into non-illicit product shipments like shampoo or sugar molasses, and decanted back to its original state after reaching its destination. On February 5, 2022, Colombian police seized 3.5 tons of liquid cocaine at the port of Cartagena, the fifth seizure of this sort in just three months, suggesting criminal organizations are returning to this technique, first identified in 2011. Liquid cocaine is far more difficult to detect through traditional methods than powdered cocaine because it is dissolved into substances that disguise its scent. Therefore, analysts must recognize and rely on other indicators to discern the presence of illicit substances. Utilizing PIERS commercial shipping data, our analysts developed a workflow that investigates the reported value of products commonly used to conceal liquid cocaine as compared to their expected value to identify shipments that may contain substances beyond what is declared, i.e. the more valuable commodity of cocaine.

The PIERS commercial shipping data leveraged for this effort contains several attributes including shipment dates, shipping lines, commodity weight, quantity, and value, product descriptions, and more. Using business intelligence platforms to visualize the data, the analysts first identified the ports handling the greatest number of shipments as a starting point for analysis, since the quick movement of products generally makes larger ports attractive transit points for smugglers. They then concentrated their analysis on the Harmonized System (HS) Codes, a global product classification system used throughout the export process for goods, of several products known to be used in liquid cocaine shipping, exploring the values of these shipments over time in comparison with each other. Taking into account the quantity, weight, and packaging methods of these goods, the analysts parsed out anomalies within the data, including a 3,112% increase in the value of shampoo shipments received by a particular port between August and September 2020, implying that the cost of shampoo had risen from $3.50 per unit to $112.10 in a single month. When the analysts further traced the anomalous activity to the code name of a particular shipping line, they found the same company had been implicated in several drug seizures in the months surrounding the focus of their investigation.

A significant challenge for our research analysts was learning the intricacies of a vast database with no data dictionary to define the nuances of commercial shipping. Although the sheer volume of the data required our analysts to devote considerable time familiarizing themselves with the meaning and implications of it all, its numerous columns also represent opportunities for further research. Combining this valuable knowledge of the data with diligent tradecraft and the use of advanced technological tools, our analysts are excited by the potential this type of data holds to strengthen, explain, and explore new potential indicators of illegal activity.

Throughout the process of completing their capstone project, our interns learned how to harness business intelligence platforms, loaded with commercial shipping data, to perform big data search and discovery, shipping pattern analysis, and anomaly detection leading to the identification of suspicious vessels, ports, shipments, companies, and trends. Most importantly, they have witnessed how pairing cutting-edge technology with the expertise of Praescient’s analysts can deliver innovative analytical solutions which respond thoughtfully and timely to the greatest challenges facing drug interdiction and peace-building efforts, even if only as one part of the larger solution.