After the end of World War II, the intelligence agencies of the United States served, in a large capacity, in countering Soviet operations throughout the duration of the Cold War. After the collapse of the Soviet Union, in December of 1991, the United States was now seen as sole hegemonic power, who would serve the role in promoting liberal democratic values around the world. The United States Intelligence Community was also placed in the role of rejuvenating their services towards different aspects of national security as well as global stability. Since the 1990s, the world has seen many small scale conflicts, as well as the threat of conflicts in highly tense and disputed regions of the world. The fall of regimes and the rise of new ones have made the period since the Cold War, a period of many different human rights violations. From genocides and ethnic cleansings in Bosnia and Herzegovina, Rwanda, and Sudan to the civilians placed in the middle of the ongoing Civil Wars in Libya and Syria, the United States has been at the forefront of the democratic nations who wish to put an end to these abuses, not only for our own security, but to promote the basic rights of all.

Human Rights violations can also be key to identifying potential destabilizing actors. By measuring the standing of various human rights records, the United States can determine where to allocate resources in preventing the escalation of any threats to peace . Given the nature of our liberal democratic values, any state actors or armed groups who violate basic human rights are likely to stand against the values that the United States seeks to perpetuate. The effective allocation of resources towards intelligence gathering and analysis in regards to human rights atrocities allows for the United States to show resolve towards regimes who seek to harm the innocent. 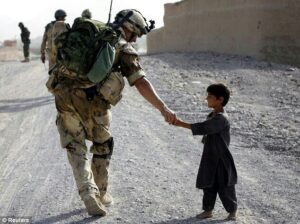 The FBI, for example, has designated their own International Human Rights Unit (IHRU) for the purpose of seeking out any atrocities and coordinating the proper response in order to bring perpetrators to justice. Specifically, the FBI’s IHRU seeks to combat five major areas of violations: genocide, torture, war crimes, recruitment or use of child soldiers, and female genital mutilation. Other intelligence agencies can seek out violations through geospatial intelligence, such as the pinpointing of large scale labor camps in North Korea and China’s Xinjiang province. Other forms of intelligence gathering such as crowdsourcing, defectors, and underground communication are also effective in allowing agencies to identify these abuses. Finding these atrocities allows for the federal government to appropriate resources in carrying out countermeasures against these crimes.

Since the end of World War II, the United States and liberal democratic allies vowed to prevent any atrocities like those seen in that war from ever happening again. After the end of the Cold War and the collapse of traditional counterparts, the Intelligence Community had to seek to justify the size and role of their agencies in the new generation of American leadership. After September 11, 2001, the Intelligence Community not only sought to fulfill the role of seeking out those responsible for the attacks in new conflicts, but also seeking how to prevent them from happening again. Defending basic human rights allows for the United States to remain a moral leader in the international realm as well as identifying threats to national security at an early stage.