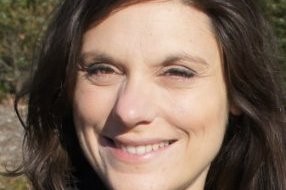 A Thoughtful Response to Tragedy

One of my dearest friends in the Army, someone I had worked with daily for my entire military career, committed suicide last month. I caught myself in between heartbreak and anger, oscillating between two opposing emotions as a way to try and make sense of life, and death. Mostly, it made me feel powerless.

This tragedy caused me to reflect on my soldiers and my own struggles during and after the war – a mental exercise I know many of my friends have walked as well. And on a national level, it made me wonder about veteran’s issues at large in the U.S. and inspired me to learn more about what works (and what doesn’t) to help veterans in need.

First, I tried to gain a better understanding of which veteran population was struggling the most, and from what issues. That led me to learn more about veteran trends that were not working, and finally, what actions work best for those of us attempting to support challenges facing our nation’s vets.

Although there are currently more than 20 million living veterans in the U.S., only about 2.5 million fought in Iraq and Afghanistan. The largest group is the 7.4 million who served during the Vietnam era. Despite the vast amount of publicity, and money, focus on recent war vets, the 87.5% of “colder war” veterans comprise the principle population group suffering the greatest challenges in the U.S. today.

Pragmatically, there is a tremendous cost to our memory bias, to our concentration on recent veterans at the expense of older era veterans. By doing so, we run the risk of overlooking systemic issues that cost taxpayers more over the long term. Take homelessness, for example: on a given night around 50,000 veterans will spend the night on the streets and another 1.4 million are considered at risk for homelessness. Veteran homelessness leads to domino effect costs like prison and healthcare expenses, accounting for the 140,000 veterans in jail on any given night, and overnight hospitalizations – an accumulative cost of close to $1B in taxpayer dollars that we pay for the ramifications of our oversight to this veteran population group.

The desire to support veteran issues in a meaningful way isn’t novel – in the veteran community we are taught to step up and lead. This “What-Can-I-Do” attitude explains why there are now more than 40,000 nonprofit organizations serving veterans countrywide. But, at the end of the day, being a good soldier doesn’t make you a good businessperson. That’s why half of the 53 veteran charities reviewed by Charity Watch received an “F” rating in terms of effectiveness. Furthermore, over the past ten years there has been a decrease in federal funding for veterans as well as personal spending on veterans’ charities. This means resource-constrained nonprofits are forced to do more with less. So you’d better be great at running your veterans’ charity, because it’s only getting harder.

Instead of starting your own organization, it may be more worthwhile to make sure what is already being spent is being spent well. The Department of Veterans Affairs (VA) is the second largest agency in the US government (behind only the Defense Department) with a proposed 2017 budget of $182 billion. This is 455 times larger than the combined $400 million budget of the 16 veteran nonprofits with a satisfactory or better grade from Charity Watch. Agree or disagree with the policies of the VA – that is an astounding statistic. The pure good that can come from supporting the effective management of that one institution dwarfs what can be accomplished across many. Although advocating for federal policy reform may not sound like the most direct way to support veterans, it may certainly be more beneficial than starting something from the ground up.

The Power of “Going Local”

You want to leave that fight to the politicians, and stay personal? There’s a meaningful place for that as well. At an individual level, going local is key to the vast amount of issues facing veterans today, regardless their generation. Community-based, non-profit, “veterans-helping-veterans” groups prove to be the best fight against issues such as homelessness, substance abuse, family support, and suicide prevention. Localized organizations best understand the unique challenges facing veterans in their specific communities, much like a beat cop best understands the natural pace of their neighborhood. Plus, the more focused the support group is, the larger personal impact you can make as a single contributor – a feeling of accomplishment that is psychologically essential for repeat volunteers.

Using resources like GreatNonprofits, a nonprofit aggregator that breaks nonprofits down by region, you can easily find local veterans’ charity options. Local chapters of national charities are also a great option, as you can find and support one that is rated highly for low management costs and high impact – so you know that their funds are going towards those in need.

When facing a personal loss, I was at first furious about the 22 veterans who die by their own hands in the U.S. each day. This is my memory bias, much like the media focuses on Iraq and Afghanistan veteran issues because it’s current, my desire to support a veteran suicide nonprofit was incredibly strong because it is most relevant to me today. I wanted to pause though and educate myself on veteran issues at large, in hopes that I could better understand the bigger picture.

My hope is that my reflections here can impress upon others, more than anything, that you can engage the causes you care about in a meaningful way. If we can overcome our memory bias, understand the difficult challenges that accompany founding a new veterans’ organization, and support local grassroots efforts, we can collectively do a much better job of caring for our veterans and hopefully avoid the pitfalls into which recent organizations have fallen.

For additional resources, see the American Institute of Philanthropy’s Charity Watch and a recent Stars and Stripes article about veterans charities.