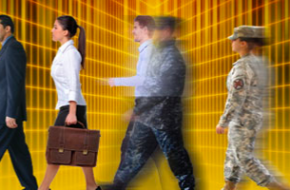 The 2017 US Census estimated that there around 18.9 million military veterans living in the states with about 76.5% of the 18-64 year old age range holding a job. Despite these figures, according to statistics cited in the VA’s The Military to Civilian Transition 2018 report, there is a 30.2% unemployment rate among veterans age… Read more »