Celebrating the 239th Birthday of the U.S. Army

Celebrating the 239th Birthday of the U.S. Army 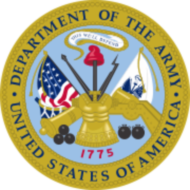 The United States Army is one of the oldest institutions in our country, predating our 1776 founding. The Army was established a year prior as The Continental Army, acting as a unified force to fight against the British in the American Revolution. Since then, this branch of the military has served as the vanguard of defense for the United States. In many ways, our country owes its prosperity to the service and sacrifice of the men and women who wear the Army uniform. This past weekend, the U.S. Army celebrated the 239th anniversary of its founding.

Servicemembers from the other branches, despite a good-natured rivalry, celebrate the legacy of the Army on this anniversary. Praescient Analyst Juan Garcia served in the U.S. Coast Guard, but communicated his appreciation for the U.S. Army in a company-wide announcement. He spoke about how he’s been able to help our clients achieve their critical missions by working alongside Army veterans. In closing his note, Juan offered up this quote attributed to General George S. Patton:

“If a man does his best, what else is there?”

The traditions and values of the United States Army, and the armed forces generally, are deeply ingrained in Praescient’s company culture. “Having served with some of the greatest soldiers of our generation both at home and abroad, both in active duty and at Praescient, has been one of the greatest honors of my life,” CEO Katie Crotty said when asked about her time as a soldier in the Army. “Their dedication to cause, professionalism, and selfless sacrifice to ensuring mission success over personal gain are the trademarks that make our company, and our country, truly exceptional.”

Sean Sebastian, Partner and Managing Director at Aperture Capital Partners, is another business leader and veteran who celebrates the value of the military and the meaning of service to one’s country. In a recent article titled “How to Properly Thank a Veteran,” he ruminates on the experience of being an Army veteran in a world where most people have not served. To Sebastian, the best way to thank a veteran is to “be a good citizen. Enjoy your freedoms responsibly. Protect your rights diligently. Invest your powers prudently. Do your homework and understand the world and its issues. Be vigilant and hold your delegates to account.” We at Praescient can’t help but agree and want to take a moment to thank both service members and their families for their great contributions to our nation.