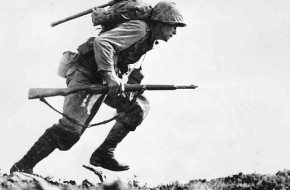 In 1999, the United States Congress declared May Military Appreciation Month. Sponsored by Arizona Senator John McCain and California Representative Duncan Hunter, this declaration calls on all Americans to honor the service and sacrifice of current and former members of the Armed Forces with appropriate ceremonies and activities. The month of May was chosen to honor our soldiers, sailors, and airmen because it already contained several days of national and international military celebration including Loyalty Day, Victory in Europe or VE Day, Armed Forces Day, Military Spouse Appreciation Day, and of course Memorial Day. 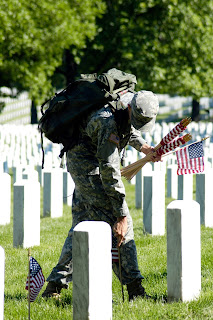 Originally known as Decoration Day, Memorial Day is a time when the nation as a whole pays homage to deceased members of the military. This day of remembrance came into existence shortly following the American Civil War as a way to pay tribute to fallen soldiers on both sides of the conflict. Governmental offices, business, and private homes will observe this national holiday with a special flag ceremony, vigorously raising the American Flag to the top of its staff and then slowly lowering it to the half-staff position. The National Memorial Day Concert will also be held one day before the holiday, taking place on the West Lawn of the U.S. Capitol.

At Praescient, we are deeply committed to honoring those departed members of the armed services. We’re proud of our work at deployments within the Army, Marine Corps, Navy, and Department of Defense and will continue to build relationships with the military in the future. As a veteran-owned business, we are intimately familiar with the dedication and unique skill set that members of the Armed Forces possess. We’re also committed to employing veterans, partnering with the United States Chamber of Commerce Hiring Our Heroes program. Have a great long weekend, but be sure to take some time to honor the men and women who have made the ultimate sacrifice to ensure the security of our nation.