This September marks the planned window for Admiral William McRaven, Commander of U.S. Special Operations Command, to explain his vision for the “global SOF network” – that is, a collaborative network of U.S. military, interagency partners, and international special operations forces that are directly linked to exchange information and intelligence. The goal of this network is to flatten communication barriers between these entities and enable them to rapidly exchange data across geographically disparate locations. 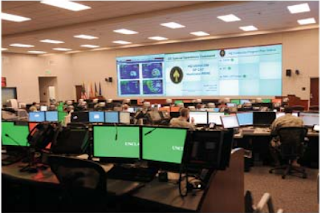 When we talk about the realm of intelligence sharing, it’s easy to restrict the thought process to sensitive, top secret information that wouldn’t dare be shared with, say, a partnered nation SOF element in sub-Saharan Africa; however, given the intent of the global SOF network and the ways in which technology has set conditions for it to be implemented, we can take a more expansive approach.  As our own SOF professionals seek to build partnered nation capacity, they now do so an in environment where readily-available open source intelligence can prove equally or more valuable than its classified counterpart.  The speed at which today’s radio broadcasts, social media, research publications, and scholarly periodicals can be aggregated and analyzed by cutting-edge knowledge management platforms has given the global SOF network’s participants an unprecedented capability to rapidly exchange open source intelligence.  The beauty of this process lies in the fact that we can share not just the product (the analyzed intelligence), but the capability. The knowledge management tools themselves can be shared and networked between the U.S. and our partnered nations’ forces, providing near real-time collaboration.

Admiral McRaven has commented that U.S. special operations forces will be assuming less of a kinetic role and will increasingly focus on enabling our international SOF partners.  Open source collaboration will be a key pillar of this new network – a network seemingly complicated in a world of perhaps too much readily-available information, yet simplified by the technologies that make sense of it.