Praescient’s Analysis as a Service (A3S) Team is once again providing key workflow and technical support to the Arizona State University Office of Sex Trafficking Intervention Research’s (STIR) ongoing study into sex trafficking during the Super Bowl. The analysts and engineers on Praescient’s A3S Team have developed methodologies which source thousands of online sex ads to find patterns and anomalies identifying both victims and illicit trafficking networks in an effort to uncover potential instances where individuals are being forced into sex work activity against their will. The conclusions of this ongoing study assist in the rescue of victims by law enforcement and reveal key insights into the online prostitution market and how trafficking networks operate.

This research is sponsored by The McCain Institute, a Washington-based think tank strongly focused on investigating and combating human trafficking. The 2015 Report, titled Exploring Sex Trafficking and Prostitution Demand during the Super Bowl, will be released by ASU in late February. 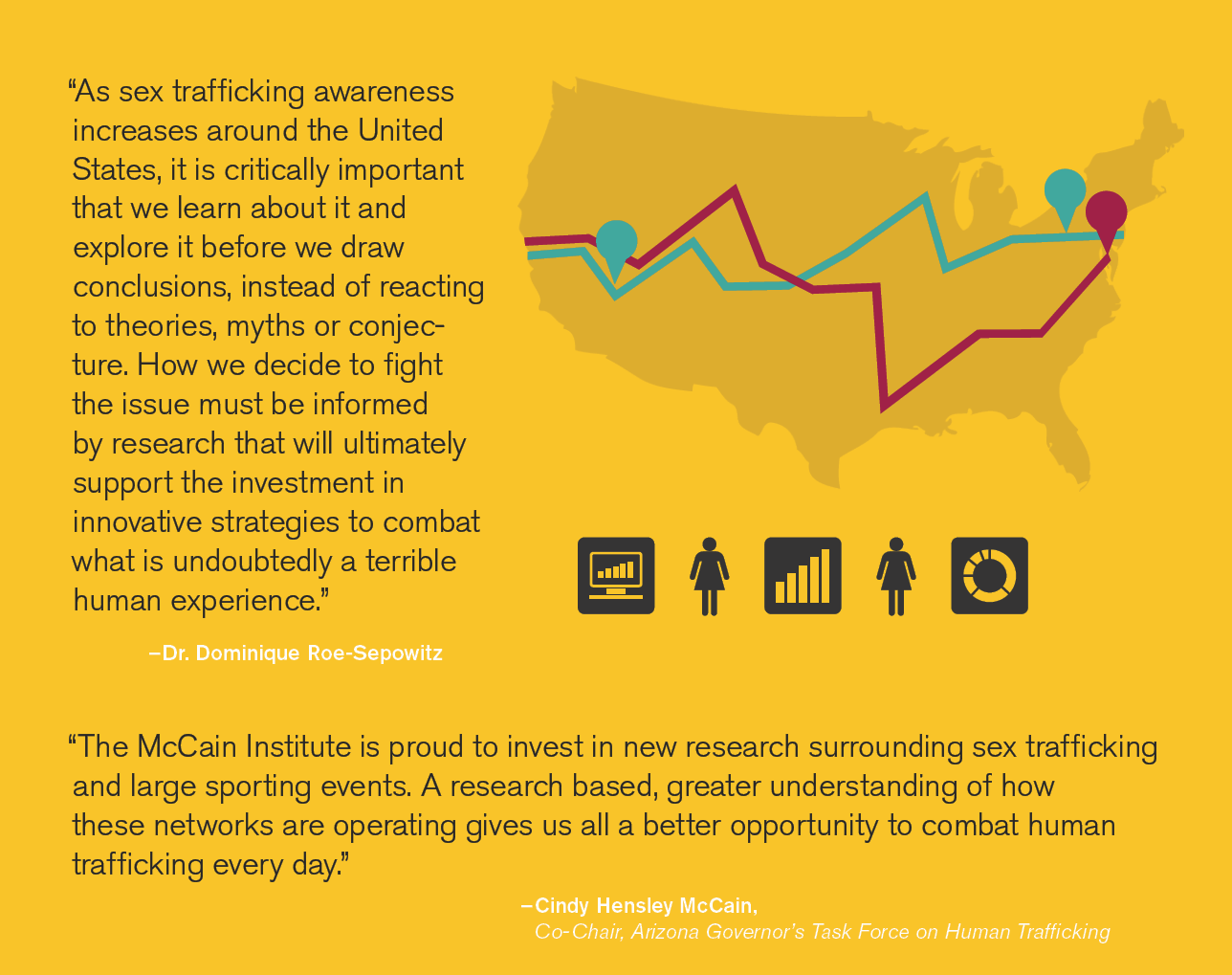 Praescient was profiled in early 2014 by Bloomberg News for our role in this critical research. Watch a video segment from that coverage: