Opening the Doors to Women in Tech

Opening the Doors to Women in Tech

Praescient Analytics is a company that prides itself on seeking, hiring, and employing team members from diverse backgrounds and with varied skillsets. Because Praescient is composed of dedicated employees with many kinds of expertise and experiences, we understand that diversity breeds fresh perspectives and problem solving approaches. You probably already know about our commitment to veteran hiring, but did you know that Praescient is also passionate about welcoming women to the world of STEM (science, technology, education and math)? Like so many companies today, Praescient recognizes how important it is for leading organizations to do their part to disrupt the gender inequity of the technology talent pool. It should be noted, however, that the dearth of women in the technology world is just one part of the diversity puzzle – we must also consider race, disability, veteran status, and other characteristics. Praescient is strongly focused on exploring ways to reach talent from all corners of the available workforce.

We’ve looked at the numbers and no one could argue that there is a serious gender imbalance in the tech talent pool. Some of the sobering stats concerning software engineering skills (taken from a March 2014 LinkedIn study):

This imbalance is readily apparent when we examine higher education data. Take a look at the trend over time of female students majoring in computer science (taken from an October 2014 NPR piece):

How do we explain this extreme gender imbalance in the tech world? Lack of exposure to computers and other technology at an early age could be one of the reasons. In the 1980’s and 90’s, home computers were just becoming affordable and popular. When it came to bringing these devices to young people, most of the marketing was directed towards boys. Coupled with an emerging male-centric “nerd” culture evidenced by popular films and television, computers didn’t seem like something for girls in the public perception.

As the kids of that era grew into college students, universities were finding that fewer and fewer women were majoring in tech subjects. The female students who did walk the lonely path of computer science and other related fields sometimes faced marginalization from their fellow students and professors. These difficulties often carried over after college ended, owing to a pervasive “boys club” culture at many startups and tech companies. Reading anecdotes from female software engineers and tech professionals suggests that this problem remains quite severe.

Fortunately, many enterprising individuals and organizations have pioneered new avenues for fostering female tech talent. Websites like Codecademy are introducing millions of learners to coding through self-directed course work. In addition, organizations such as Girls Who Code are specifically geared towards targeting young women through similar offerings and networking events. Companies like Goldie Blox, which offers building and engineering-based toys for little girls (or boys) are championing the cause of women in tech from an early age. The White House has also stood up for this cause, strongly advocating for increasing female representation through their Women in STEM initiative. Tech giants like Google, Apple, Twitter, Facebook, and others have recognized the gender disparity in their organizations and have committed to working hard to bring their numbers into balance. Finally, female-focused associations, many of them right here in DC such as Women in Technology (WIT) and DC Web Women, are providing networks and career resources for job seekers, employers, and technology professionals. Together, these efforts and others suggest a promising outlook for women in tech. 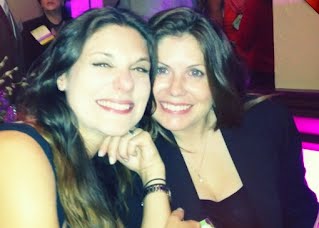 Praescient is proud to be counted among these organizations working to bring women into technology, software engineering, and computer science. As a women-led company, we strive to be seen as leaders in our industry when it comes to demonstrating the power of female professionals. CEO Katie Crotty, and COO Yvonne Soto have both been honored by SmartCEO as top female executives from the DC region. Katie has also been featured on Executive Leaders Radio, where she spoke about the unique challenges and opportunities faced by female leaders in today’s business world. Recently, Praescient’s staff members attended the “Tech the Halls” meetup organized by leading diversity-focused organizations and were quoted in a piece by Technical.ly. Praescient is also looking to have a presence at women in tech hiring events in the coming months.

We encourage all talented tech professionals to check out our open positions – you’ll find many great opportunities to make a difference through challenging, but rewarding work.