Succeeding at the Speed of OSINT

Succeeding at the Speed of OSINT 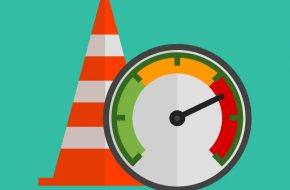 Praescient attended the Defense Strategies Institute (DSI) GEOINT and Open Source Analytics Summit, held on 25-26 October in Alexandria, VA. The summit was to engage key leaders from across the intelligence and defense community about how they plan to integrate the growing universe of Publicly Available Information (PAI) into their infrastructure and workflows.

Despite the pervasiveness and accelerating size of the Open Source world, which one speaker rightly characterized as “the real world,” many government agencies still fail to appreciate the necessity of accessing and exploiting information in near real time from open sources (and social media in particular). One speaker argued that his office is focused on the “needs of the mission” more than speed. He said his office is certainly interested in automation, but does not want to be “defrauded” by OSINT.

Such viewpoints are simply antiquated in today’s environment. Information about “the real world” is central to nearly every government mission imaginable, and top government officials have been saying for more than 10 years that OSINT constitutes 90% of intelligence writ large. OSINT techniques including commercial overhead imagery exploitation, online cyber research, and weapons tracking can even provide insights into North Korea, one of the most secretive countries on earth. Open sources of information can serve as an important complement to traditional classified sources, corroborating or adding to what we already know.

Although social media posts from unverified sources do have the potential to mislead and misinform, savvy analysts can avoid falling victim to facile social media claims. In fact, in many cases OSINT analysts are at the front lines of identifying misinformation campaigns because they are more suspicious than other analysts. OSINT analysts know which social media accounts are likely to post bad information, how to track down and isolate those accounts, and how to find more reliable sources to disprove fraudulent claims.

Analysts and other intelligence practitioners must have near real time access to the full corpus of publicly available information or they risk being left behind by “the real world.” By the time government agencies pipe in OSINT reports from afar, it’s already too late. While the government is still vetting internally, reviewing, and approving up the chain, OSINT sources have already geolocated the incident, integrated free satellite imagery, created an updated map of the front lines, and concluded a joint discussion deciding whether the incident is credible. This all takes place in the course of a few hours or even less. That is not to say government intelligence processes are wasteful, but you have got to be quicker and more agile if you want to keep up in OSINT.

Praescient analysts, equipped with cutting edge social media harvesting tools, distill the OSINT world down to only the most relevant and credible pieces of intelligence to produce same-day reports for our clients. Our tools and our methodologies mean that we are alerted to new information as it is released, with little or no delay. Because we rely primarily on curated, credible OSINT sources we avoid being “defrauded” by the OSINT environment. The real time integration of actionable OSINT to national security mission sets remains a major hurdle for many government agencies. Praescient’s embedded analysis support and analysis-as-a-service (AaaS) models can aid our partners in both recognizing the critical importance of OSINT and exploiting it quickly and effectively.