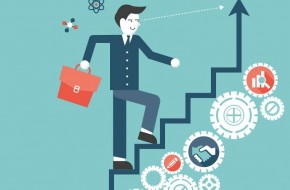 Culturally, Open Source Intelligence (OSINT) practitioners are not respected within the intelligence community. They don’t review sensitive HUMINT reports from the field, exploit foreign cyber infrastructure, or review battle damage assessments from aerial drone footage. However, the work of an OSINT professional, scouring the internet, social media, and other sources of publicly available information (PAI) is every bit as momentous for long term national security (at a fraction of the cost).

Creating an OSINT career path within the government and a new OSINT military occupational specialty (MOS) within the military was discussed recently during the Defense Strategies Institute (DSI) GEOINT and Open Source Analytics Summit, which Praescient attended on 25-26 October in Alexandria, VA. The discussion revolved around whether the OSINT tradecraft was significantly different from other intelligence disciplines. Although some government agencies were serious about developing their own OSINT professionals and capabilities, other agencies advocated for importing OSINT data from a single hub to avoid duplication of effort. As a small business that has already taken to heart the idea of an OSINT officer, Praescient believes an OSINT officer career path is an important step in the right direction.

Effective collection and exploitation of PAI to produce OSINT requires a unique skillset and mindset that is not often taught in classified intelligence disciplines. For example, the idea that an analyst could monitor an active battlefield in real time by following armed groups, on-the-ground activists, and local journalists on Twitter and Facebook would be foreign to most current intelligence analysts. In the same way that HUMINT analysts are taught to weigh competing sources and evidence, OSINT analysts must be taught to evaluate the credibility of online sources, pictures, and videos. In many cases, the OSINT practitioner must be a collector as well as an analyst, since collection priorities must constantly shift to keep pace with the OSINT landscape.

Praescient has already invested in the tools and skillsets necessary to deploy successful OSINT officers. We pride ourselves on being at the forefront of this expanding field and are encouraged that the government may be starting to recognize the value in career OSINT practitioners.