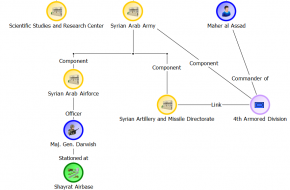 On the evening of April 6th, the U.S. launched 60 Tomahawk cruise missiles targeting the Syrian regime’s Shayrat airbase in western Homs Province. The Trump administration purportedly launched the strike as a direct response to the Assad regime’s use of sarin gas against civilians in the town of Khan Sheikhoun two days prior. The U.S. reportedly chose to target this airbase on the basis of classified intelligence that pointed to Shayrat as a base of operations for chemical weapons attacks throughout Syria.

The Syrian regime was obligated to destroy its chemical weapons stockpile as part of a 2013 agreement, but U.S. and allied intelligence officials assert that the regime still maintains a large stockpile of undeclared chemical munitions in violation of this agreement. Open source evidence indicates the regime’s use of chemical weapons, including chlorine and sarin, is purpose driven, with the intent to drive opposition civilians out of their homes and into concentrated areas controlled by Salafi-Jihadist militant groups.

Although we cannot replicate the classified intelligence alleged to have contributed to the strike, there is ample evidence to support the administration’s conclusion available in open sources. Using IBM’s i2 Enterprise Insight Analysis platform, we are able to analyze and visualize the available OSINT evidence that comports with the U.S. decision to strike Shayrat. For example, by reviewing local Syrian news sources and publicly available information released by the United Nations, we can build a dataset around chemical weapons activity. After ingesting this data into EIA, we can map the locations of reported regime chemical attacks and their proximity to the Shayrat Airbase (Figure 1). 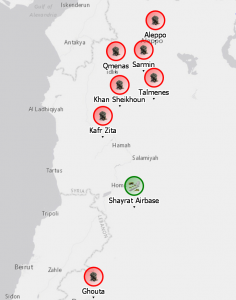 The platform also allows us to visualize the command and control structure of the regime’s chemical weapons program and identify the Shayrat-based commanders who likely participated in the chemical weapons attack, such as Major General Darwish (Figure 2). This dataset was drawn from research on the Syrian regime by Foreign Policy and proprietary databases such as IHS Janes. 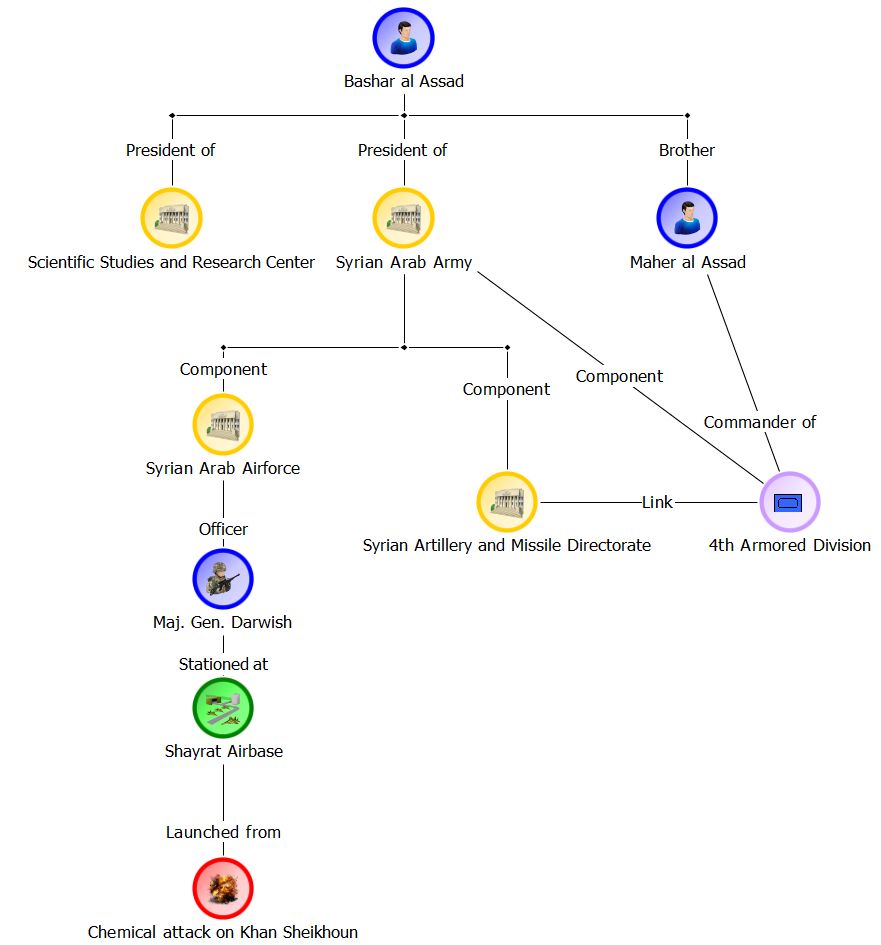 Praescient prides itself on our analysts’ ability to use the latest analytical tools to dissect fast-paced current events, and even active conflict zones in the case of Syria. This tech savvy, combined with our expertise in OSINT and traditional intelligence analysis tradecraft, makes our analysts some of the most capable and versatile members of any mission-focused organization. We also support a remote analysis-as-a-service (A3S) model which allows us to provide the same superior analysis from afar. For more information on our summer Analyst’s Notebook training offerings, see our Training page and sign up here!