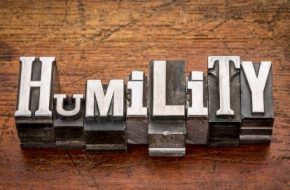 Humility is not something that can be bought. You can’t spend thousands of dollars on it and instantaneously add it to your analyst toolkit. Instead, it is an interpersonal quality that allows an individual to recognize that they are not more than the collective power of a team. Being humble means that your self interests, views, or opinions, do not outweigh your ability to accomplish the goals of your organization. Nowhere is this more important than in the field of intelligence because assertions made without merit have direct and impacting effects on geopolitical, military, and diplomatic missions.

One specific example that comes to mind is the War in Iraq. The intelligence on if there were WMDs in Iraq has been shown to not have been substantial enough to justify deploying troops and engaging in a war that killed thousands. A report from the RAND corporation, and quoted in a VICE News report on the declassification of the CIA report, Iraq’s Continuing Programs for Weapons of Mass Destruction, states that,

“As the draft NIE went up the intelligence chain of command, the conclusions were treated increasingly definitively.”

When sending intelligence to the highest level there has to be substantial, empirical, and solid evidence to back up what you are claiming. This VICE report shows how not everything being claimed had substantial links, like how Saddam was barely linked to al Qaeda, and how our intelligence agencies were unsure if Saddam had WMDs or not. The failure of the intelligence community to work together as a team, to have a congruent message, was subverted by the confirmation bias of taking the input of superiors looking to justify intervention in the Middle East. This lack of analysis pairs well with a CIA article, “The Coming Intelligence Failure: A Blueprint for Survival,” by Defense Intelligence Agency employee Russ Travers when he states;

“As a Community, we have largely lost track of the view of intelligence articulated by former Deputy Director of Central Intelligence Dick Kerr: ‘All we bring to the table are facts and analysis of those facts.’ Management of intelligence is valued more than collecting and analyzing intelligence, and we thus have fewer and fewer good analysts.”

Anyone who believed there was not substantial evidence to conclude that there were WMDs in Iraq were silenced as we launched a war spearheaded by the Bush administration that embraced the fear that Saddam did have them. That opportunity to allow for discourse in judging the validity of the intel was immediately squashed by a war and it is only now, years later, that we are able to see the intel for what it truly was, a failure.

Analysts are put in difficult situations where they need to utilize the tradecraft they have been taught, with the information they have available, to provide recommendations within restricted timelines. There doesn’t exist a perfect scenario for analysts where they have 100% of the answers, so they must rely on the art behind the science of intelligence production. This is where intuition and humility play a vital role in an analyst’s workflow. Every analyst will be wrong at times, but the strength of intuition grows with practice, and humility forms the boundaries of where to remind us of where to make educated predictions versus bold assertions.

We see the importance of humility play out in areas outside the intelligence community as well. One example is when the director or producer is given all the, “possessory credit”, over a film. There are many team members who contribute to the creation of a film and their efforts are often ignored in the recognition of the film belonging entirely to one person. For example, The Nightmare Before Christmas is Tim Burton, or Star Wars is George Lucas. While it is odd to think that people would believe the fallacy that a film only has one name behind it, it too often happens this way. We are able to see recognition of those of different roles in film at the very end when the credits role, if you watch that long, and at the Oscars. A good example is that there are not many consumers of entertainment who know the names Richard King and Alex Gibson, who won an Oscar for Best Sound Editing for the film Dunkrik, but you may have heard of the director Christopher Nolan and the film score composer Hans Zimmer. The film Dunkrik was more than Christoper Nolan and the music was more than Hans Zimmer, yet this is not what will be remembered. Having awards like the Oscars allows for recognition of those in roles who often go unnoticed.

One of the biggest lessons I learn at Praescient is the power of teamwork, and the intuitive integration of humility in everyday tasks, at every level of our leadership. I recently had the honor to sit in on an unclassified briefing of the Balkans, where our Director of Services presented advanced analytic tradecraft and assessments of the region. He has briefed over 30 organizations across the intelligence community and defense department, yet he took the time to sit and write down feedback from every attendee at the meeting as a way to improve his briefing, intelligence production, and workflows. Whether we were a Day One Analyst or CEO, he took our feedback equally and openly because, ultimately, it meant that we would provide a more accurate, compelling product to our client. It is this humility that makes him a superior analyst and excellent mentor. One must have the ability to take criticism, consider feedback, and evaluate their work, or job performance, based on the input of others. In this way, learned tradecraft, internal intuition, and stable humility enable successful analysts in the IC and professionals in their careers, regardless of their profession.