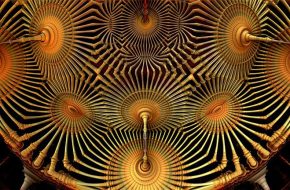 Manipulating quantum bits in a state of superposition.  Sound like Sci-Fi lingo? Of course it does. Welcome to the world of quantum computing.

It can all be boiled down to “quantum bits versus binary bits.”  Classical computers use binary bits, or strings of zeros and ones, to input data. Either the input reads a 0 or it reads a 1. Every letter, number, sentence, and computer program is dictated by a collective and carefully orchestrated string of zeros and ones. These zeros and ones are the very thing that forms the most foundational theory of computing.  On the other hand, Quantum bits (or qubits) are not constrained to the binary or an option between a 0 and a 1. Qubits are made up of “subatomic particles such as electrons or photons” which can exist in two different states simultaneously in a phenomenon known as “superposition.”  Essentially, quantum computers can store information as a 0 and a 1 at the same time, thus exponentially increasing the number of possible computing operations that the computer is able to perform in a given amount of time. When a computer’s power increases by one qubit, it’s computing power increases exponentially, not linearly as in classical computing.

While quantum computing is currently most thoroughly understood only in theory, scientists are racing to turn their theories into working physical realities. Companies are working against the clock to exact which method is the most effective and efficient for unleashing the power found in manipulating these photons and electrons. Harnessing physical matter literally as small as atoms requires isolating the qubits.  There are a number of ways to achieve this state of isolation including cooling the computer to temperatures 200 times colder than outer space and also by using advanced ultrafast sensors to read and control an ion’s motion. This search for best methods is the current driver of the race for mastery of quantum computing.

IBM, Google, Rigetti, Intel, NASA and Microsoft are a few of the big names leading the quantum arms race.  IBM has already developed three prototypes for public use on the cloud, one being a 50-qubit processor. Google has developed an even more powerful 72-qubit quantum computer named “Bristlecone.” NASA and Google both use a quantum computer (the D-WaveX2) that performs calculations one hundred million times faster than a traditional classical computer.  Microsoft operates multiple labs around the world dedicated to developing a quantum computer.   Not only are companies bidding for quantum mastery, but state actors have also joined the race, perhaps most notably China, which recently developed a quantum communication landline connecting Beijing and Shanghai powered by its joint Chinese-Austrian quantum satellite, Micius. Russia’s quantum computing research laboratory, the Russian Quantum Center, reported the successful creation of a quantum computer in July 2017, and North Korea has reported that it intends to develop its own quantum computing capabilities.

It is not difficult to imagine how the development of something so powerful as quantum computing presents a very real threat to information security.  As quantum computers are able to solve complicated problems exponentially faster than classical computers, they possess the capability of quickly unlocking encrypted data and accessing systems once considered well-protected by even the most advanced means of protection. This leaves health records, military intelligence, and bank accounts critically at risk.  The rapid ascent of quantum computing then calls for the even faster development of quantum-proof security measures to sufficiently rival the power of classical computing’s stronger cousin, quantum computing.

As quantum computing continues to advance, we are sure to see great strides in 2019 towards unlocking this powerful and highly consequential technology and we watch to see what the era of quantum computing brings. As national security concerns continue to expand into the cyber realm, quantum-powered hacking multiplies the threats that states face and demands a rapid response for how to secure every level of society.