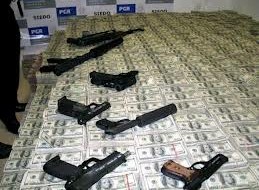 Threat Finance is the next topic of Praescient’s Knowlton Project, an important effort to anticipate, understand, and solve our nation’s most pressing national security challenges. Through this initiative, Praescient aims to bring together a robust network of experts in national security, defense, technology, and business who can bring their collective knowledge and experience to bear on these important issues. Keep an eye out for further information about our next Knowlton Project event.

Understanding threat finance is a critical dimension of American national security. The ability of transnational terrorist and criminal groups to move money across borders helps sustain violent campaigns that undermine American security priorities.  Money makes the world go around, and it is certainly no different for malignant actors.

It is therefore important to have a solid understanding of how threat finance works and how the United States is seeking to prevent these money flows. Terrorist networks need cash to train, equip, and pay operatives; to secure materials; and promote their cause.  Criminal organization need money to maintain supply chains, pay smugglers and operatives, grease government officials, and other activities that allow them to build and enjoy outrageous profit margins.

At the nexus of these two types of illicit organizations sits the Haqqani Network, a semi-autonomous faction of the Afghan Taliban that operates in both eastern Afghanistan and Western Pakistan. While it is widely believed to be the deadliest and most globally focused of the Taliban factions, what is less known is that it is also a sophisticated organized crime syndicate.  A new report released by the Combating Terrorism Center at West Point, written by journalist Gretchen Peters, highlights the diverse portfolio that sustains the operations of this pivotal Taliban sub-faction and regional power broker.

Peters’ report illuminates what she calls the “Haqqani transnational jihadi industry”, which benefits from the state of perpetual conflict in their area of operations. She writes: “The length of time that the Haqqanis have been in business and the group’s capacity to traverse licit and illicit dimensions of the economy across a transnational area of operations have given the network resiliency, and will make it challenging—but not impossible—to identify and disrupt their operations.”  Peters argues for a “stepped‐up U.S. effort to identify and disrupt Haqqani business activities and logistical supply lines, modeled on previous successful campaigns against other transnational crime networks around the globe”.

This particular strategy builds on the success that the United States has had against other transnational criminal groups, whether they are drug cartels or terrorist organizations. Matthew Levitt and Michael Jacobson of WINEP describe the success that the United States have had in fighting terrorist financing in their report, The Money Trail: Finding, Following, and Freezing Terrorist Finances. Better integration of government efforts to combat terrorist financing have forced groups like al Qa’ida Core and Abu Sayyaf to rely on fundraising at the periphery of their organization, which dilutes their operational control and makes them appear weaker in the eyes of the jihadi community. David Asher (an expert at the Center for New American Security), in testimony to Congress (pdf), describes a “revolution in financial affairs” (comparable to the revolution in military affairs made possible by high tech networked systems and guided munitions). This revolution has made it possible for nations to coerce adversaries into changing behavior without the use of military force.  While diplomacy and economic sanctions are well-known levers of national power, Asher argues that law enforcement is a neglected tool. By employing legal investigations and prosecutions, the United States can disrupt and dismantle organizations linked to criminal and terrorist network, such as banks linked with Lebanese Hizb’allah.

Celina Realuyo promotes a similar approach in her paper: “It’s All about the Money: Advancing Anti-Money Laundering Efforts in the U.S. and Mexico to Combat Transnational Organized Crime” (pdf).  American and Mexican success in combating threat finance often leads to disrupting leadership of organized crime and can allow law enforcement officials new avenues to attack and dismantle these transnational criminal organizations.  Like Levitt, Realuyo argues that counter-threat finance efforts must be integrated and coordinated between the United States and Mexico in order to best fight against the enormous sums of money flowing across the border.

While money will always be an essential part of terrorist groups and organized crime, there are strategies that the United States can employ to disrupt the financial lifeblood of these types of organizations. It will take a sustained and integrated effort to slow the tide of illicit funds, but “if you follow the money, you never know where…it’s gonna take you” (warning-language).