How to Build a Data Science and Artificial Intelligence Team 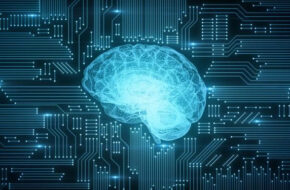 Artificial intelligence is one of the newest innovations in the tech industry. The deciding factor for whether a tech company will be successful in the near future is if it can adapt to this cutting-edge technology. A team of AI specialists is needed in order to operate machine learning systems used in the data analysis… Read more »

Cities are becoming far more connected to an ever-growing network than ever before. A suburb in Atlanta has begun experimenting with “vehicle-to-everything” technology and this is only one new innovation in the idea of “smart cities.” With proposed ideas such as cars being able to connect to various datasets and entities across the city, many… Read more »

How Artificial Intelligence Can End the Pandemic 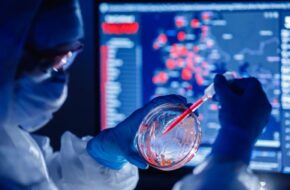 As a return to normalcy following the COVID-19 pandemic begins to appear over the horizon, one of the greatest challenges in accomplishing true “post-pandemic” status is the effective distribution of vaccines across not only the U.S. but the world at large. This dissemination of vaccines is undoubtedly one of the most monumental logistical undertakings in… Read more »

Global Law Enforcement Adapting to the Challenges of Encrypted Communications 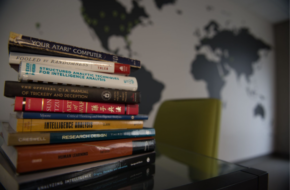 Happy Pride Month! In March, we wrote an article highlighting inspirational women and their impact in the intelligence community. As we enter Pride Month, we are excited to continue celebrating diverse voices within the defense and intelligence space. Below, read more about the impactful accomplishments of 4 LGBTQ+ trail blazers making waves in our community. … Read more »

The United States Space Force was created by President Trump in 2019, tasked with the mission of organizing, training, and equipping space forces to protect United States interests and to provide space capabilities to the joint force. While global superpowers are constantly trying to be at the forefront of technological innovation, the demand to protect… Read more »

E-Learning has become more popular with the recent COVID-19 Pandemic. Businesses are utilizing our advanced technology to come up with different online training methods for their employees through the use of eLearning courses, webinars, videos, etc. However, developing an online training course requires in-depth planning to meet the variety of learning styles and immediate needs… Read more »

Ways to Strengthen Company Culture within a Virtual Workplace Environment

The past year has brought about unexpected changes within the workplace and has redefined where and how work is being accomplished to contribute to the success of a company. At Praescient, we deeply value the authenticity of our company culture and have made it a priority to continue to both maintain and strengthen our culture… Read more »

Tips and Tricks: Five Ways to Help Recruit Talent for a Government Contract

After the end of World War II, the intelligence agencies of the United States served, in a large capacity, in countering Soviet operations throughout the duration of the Cold War. After the collapse of the Soviet Union, in December of 1991, the United States was now seen as sole hegemonic power, who would serve the… Read more »