The Age of Cryptocurrency: Using Human Traffickers’ Concealment Tools Against Them

The Age of Cryptocurrency: Using Human Traffickers’ Concealment Tools Against Them 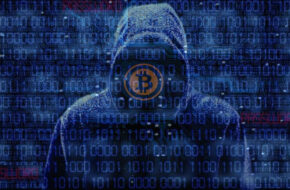 Cryptocurrency has become a global phenomenon in recent years, even making an appearance in a recent Super Bowl commercial, but do the risks of this digital innovation outweigh the advantages?

With the Good Comes the Bad…

Fans of cryptocurrencies claim that these financial platforms serve as a more direct way to transfer funds without the encumbrance of large institutions, such as banks or governments. They argue that cryptocurrency is superior to traditional physical currencies because it is not dependent on federal Institutions. Digital currencies run on a distributed public ledger called blockchain, a record of all transactions updated and held by currency holders. Units of cryptocurrency are created through a process called mining, which involves using computer power to solve complicated mathematical problems that generate coins. Users can also buy the currencies from brokers, then store and spend them using cryptographic wallets. In layman’s terms, cryptocurrency is digital money that can be sent to anyone on the planet without using a bank or providing any personal identifying information. However, its anonymity has led this new digital currency down a nefarious trajectory.

As this virtual currency gained traction in the financial world and became more widespread, criminal enterprises also started shifting their monetary institutions towards cryptocurrency. The inherent anonymous nature of cryptocurrencies is recognizably challenging to trace, making it alluring to criminals seeking to obscure their identity and cover the trail of their illicit activity. Potentially the most beneficial aspect of using cryptocurrency when paying for illegal activities is that it inadvertently hides the nature of the transaction. Consequently, it was inevitable that the human trafficking industry would begin to exploit this technology.

Investigating human trafficking is an effort close to home for Praescient and we continue to devote our time to this pursuit. Praescient is also always on the lookout for new avenues to approach this persisting problem. For example, Praescient in conjunction with The McCain Institute and Arizona State University developed a joint effort to investigate the link between human trafficking and prostitution leading up to the 2013, 2014, and 2015 Super Bowls. Praescient’s analysts created and contributed sophisticated workflows that sourced thousands of online sex ads, which served as a proxy for the region’s supply of prostitution, to find patterns and anomalies that identified both victims and illicit trafficking networks. Praescient uncovered key data to identify human-trafficking networks and contributed to landmark research examining this international crisis. These efforts represent an important step in bringing a quantitative, data-driven approach to studying human trafficking, a problem that is often extremely difficult to expose. 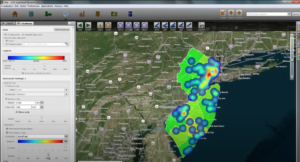 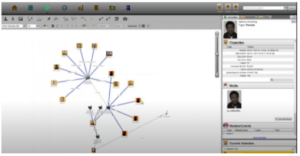 Praescient analysts enriched existing law enforcement data with open-source information in order to build a better picture of the criminal network of a known offender associated with previous solicitation arrests.

Behind the Business of Human Trafficking

Human trafficking is one of the fastest-growing forms of crime in the world and the utilization of digital currency has notably progressed human traffickers’ business operations even further. In 2020, 10,583 situations of human trafficking were reported to the U.S. National Human Trafficking Hotline involving 16,658 individual victims. As shocking as these numbers are, they are only a fraction of the actual instances, as most cases of human trafficking go unreported. Human trafficking practices have also been proven to be highly adaptable. As banks become better at following the money, criminals find new ways to make it harder for investigators to understand and trace the movement of funds (i.e. cryptocurrency). A lack of accurate data surrounding the phenomenon of cryptocurrency within human trafficking makes it challenging for law enforcement to achieve progress.

Be that as it may, advanced technology can be used to combat human trafficking, aiding in investigating and prosecuting traffickers and providing services and support to victims and survivors. With robust knowledge and comprehension of cryptocurrency technologies, analysts can use the very thing that is aiding and abetting human trafficking to bring the industry and its operators crumbling to the ground. In fact, the use of cryptocurrencies often provides the very pathway for law enforcement to trace perpetrators to illicit activities.

Flipping the Script: How to beat them at their own game

What most people (and criminals) do not understand is that cryptocurrency is not as anonymous as one previously thought. In fact, pseudonymous is a more accurate description. Every move someone makes on a public blockchain—buying, selling, or trading cryptocurrency—is logged on the blockchain for anyone to see. In most cases, the originating address, destination address, and amount of funds associated with a transaction are permanently documented on the blockchain. Even though the blockchain lacks personal identifiers, there are in fact effective tradecrafts of ascertaining an address owner’s cryptographic wallet identity.

Leveraging data obtained by controlled cryptocurrency exchanges that accumulate customer information according to Know Your Customer (KYC) and Anti-Money Laundering (AML) laws is usually the first technique that investigators utilize. However, scraping the publicly-available transaction data from blockchains to examine the activity for patterns may provide insight into a user’s identity. Tracking the flow of funds on blockchain allows investigating analysts to trace payments of cryptocurrency. Link analysis can then be used to highlight stolen funds that have entered the exchange, connect the name of the owner to the transaction, and pinpoint accounts that appear to belong to the same cryptographic wallet and are controlled by the same entity. Through the efficient use of these methods, cryptocurrency transactions can assist with the prevention of illicit activities, including but not limited to human trafficking.

Conclusively, further actions for those troubled by the role cryptocurrency plays in human trafficking should include intelligence exchange, enhanced collaboration, and the implementation of new technologies (i.e. artificial intelligence) for improved data analysis and accurate identification of human-trafficking transactions. In addition, a synergy between private and public sectors is essential to build industry awareness and encourage improved financial transgression regulations. As long as criminals seek to exploit crypto transactions to evade identification, improved data analytics combined with the implementation of strong anti-trafficking programs is vital to ensure that cryptocurrency does not become a human-trafficking sanctum.